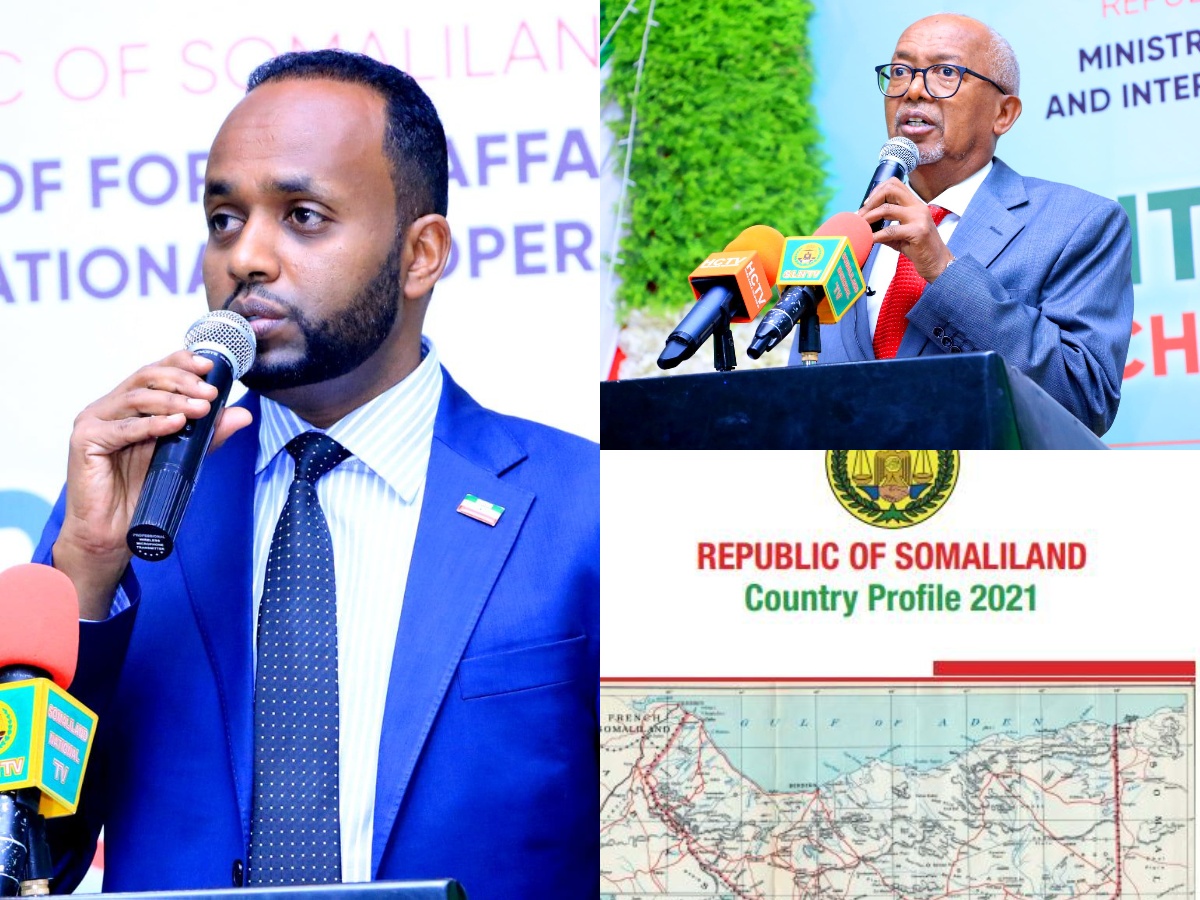 The Ministry of Foreign Affairs and International Cooperation of the Republic of Somaliland has unveiled the Country Profile information booklet. In a ceremony headlined by the Vice President of Somaliland HE  Abdirahman Abdallahi Ismail Saylici, the Deputy and Acting Foreign Minister of International Cooperation Hon Liban Yusuf Osman and attended by other ministers including the Minister of Finance, Dr. Saad Ali Shire is intended to convey Somaliland’s story, past and present, and its and legal case for recognition to the outside world.

Vice President Saylici has congratulated the Ministry of Foreign Affairs and International Cooperation for compiling the information in the booklet and described it and the information it contains as the genealogy of Somaliland and a vital tool to ensure others know about the Republic of Somaliland and its history and said that it needs to be widely available locally and overseas.

The Deputy and Acting Foreign Minister of International Cooperation Hon. Liban Yusuf Osman who also spoke at the unveiling event stated that the information compiled in the booklet is meant to counter false information about the Republic of Somaliland on the web and elsewhere and added that it focuses on eight primary areas geography, demographics, historical background, the rebirth of Somaliland, legal case of Somaliland, economy, and investment potential.

The Minister of Finance Dr. Sa’ad Ali Shire emphasized the importance of widely disseminating the information to heads of state, African Union members, and the United Nations and said that “if we are not seen or heard, we do not exist”. He also stated that the profile information needs to be made available in Somali.

The 76 page Country Profile document has been underway for about 19 months and has cost close to 21,000 US dollars from the Recognition Fund. It is unclear if the Ministry of Foreign Affairs and International Cooperation plans to launch a digital campaign to disseminate the information by creating a mobile application or if it will be sent around in hard copies or digital format. The Country profile is available for download below.