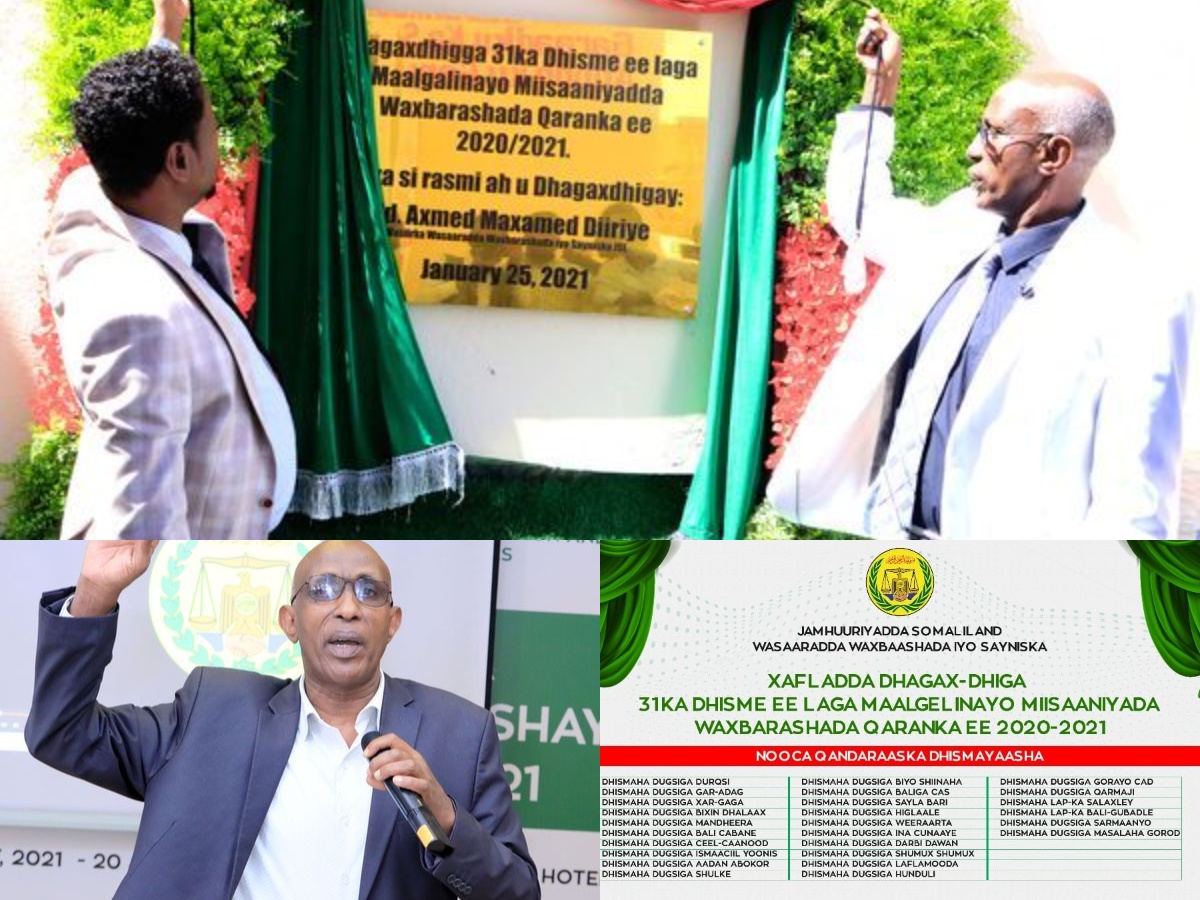 The Minister of Education and Science Hon. Ahmed Mohamed Diriye Egeh announced the construction of 31 new schools in rural areas of Somaliland. The new schools which will consist of 2 to 4 classrooms are expected to host 7500 students for two shifts.

In addition to the 31 new schools that will house an expected 7500 students, an additional 100 schools were constructed in Somaliland in 2020 by the Somaliland government and international donors.

Asked if the Ministry of Education and Science will undertake other activities to renovate expand or upgrade existing public schools Minister Egeh stated that a lot more schools will undergo extensive renovation, upgrade, and re-equipment. In addition, Minister Egeh stated that 300 new teachers were hired where additional 2000 were trained and licensed by the Ministry.

According to Minister Egeh “the Ministry purchased 4,000 solar-powered tablets in which pre-recorded lessons of grade 1 to grade with sign language will be uploaded as a mobile school for the children of the transient pastoralist households”.

In July 2020, Minister Egeh stated that 40% of Somaliland school-age children lack access to basic education. following an extensive tour of the country.