More
Home Uncategorized A recognized Somaliland will play an even bigger role in promoting peace... 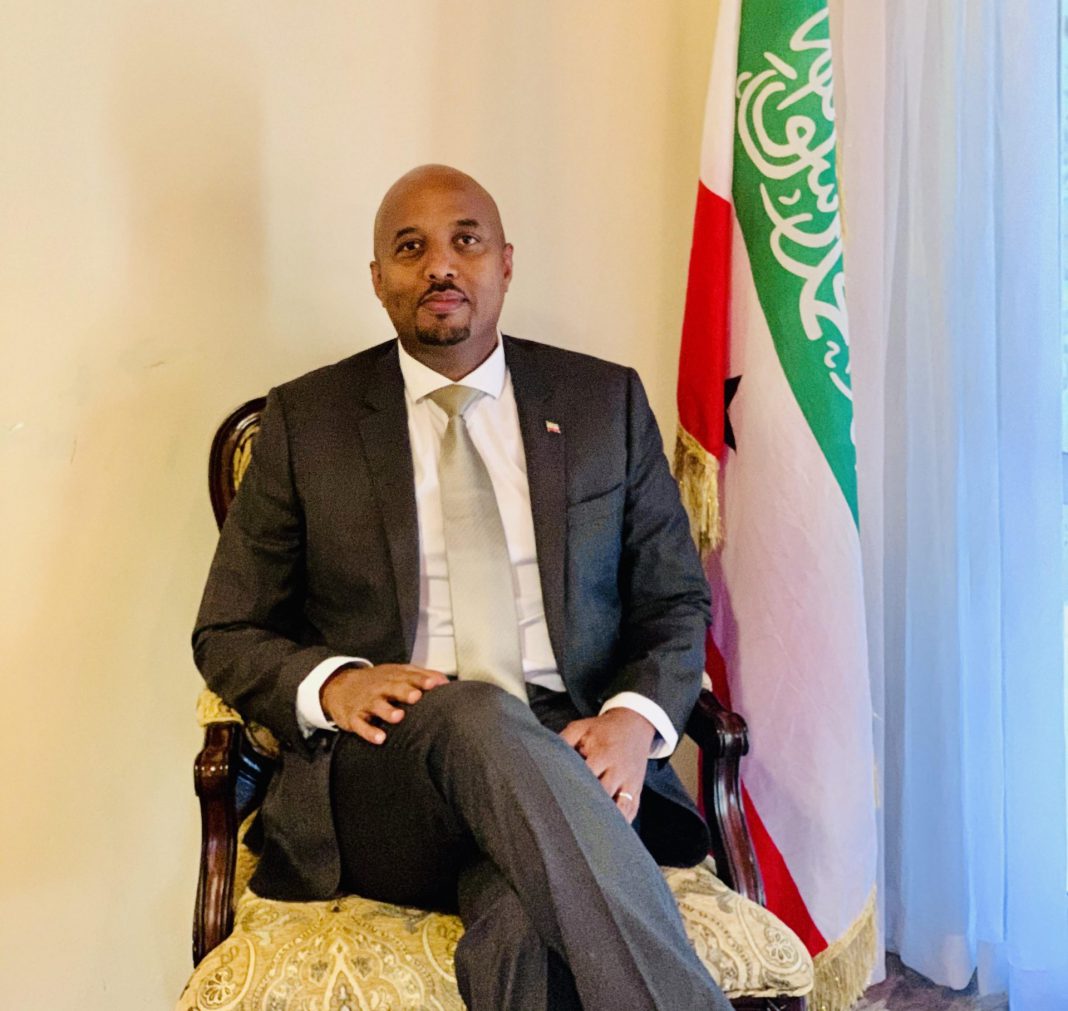 In August 2018, Somaliland President Musa Bihi appointed me to come and head the Liaison office in Nairobi. My previous mission was in the United Arab Emirates where I played a similar role as head of the embassy in Dubai.

In Nairobi, part of my mission is to work towards strengthening the ties between Kenya and Somaliland which have been cordial since the pre independence days when we were both under the British colonial rule.

During the period I have served in Nairobi, I have come to appreciate the good working relationship the Kenya government and my country has despite the obvious stumbling block occasioned by the fact that Somaliland remains virtually unrecognized internationally.From culture, education, trade and social issues, Kenya and Somaliland are joined on the hip making the two countries able to work with each other and supplement the other

It is for this reason, I have engaged in a vigorous shuttle diplomacy within the Kenyan government not only to acquaint myself with my hosts but also to implore on the Kenyan government on the growing need to open a liaison office in our capital city, Hargeisa. I have met the ministry of foreign affairs officials in Nairobi and together we share the same opinion that a Kenyan mission in Somaliland will cement the great ties the two countries have had.

Kenya’s former Prime Minister and African Union special envoy, Raila Odinga is one of the top leaders here who have shown total support to “free Somaliland.”Odinga has been leading calls for the recognition of Somaliland as an independent state and we see him as a valuable partner in the quest for independence of Somaliland.His appointment as the Africa Union High Representative for Infrastructure Development in Africa was well received in Hargeisa.

Raila is quite aware of the role Somaliland plays not only in the economy of Kenya but also in this region.We are home to the largest number of Kenyans living and working in the Horn of Africa region. The Kenyans in Somaliland work in the education industry as teachers and lecturers, in the hotel industry, while others are working as doctors and nurses and in the Information Technology sector.

We also have a huge number of businessmen and investors in our country. Most of these Kenyans have helped impart their skills to our people and are helping in building our young economy. These Kenyans in Somaliland are also supporting their families back home in Kenya hence contributing to the Kenyan economy.

These Kenyans need representation especially when they undergo challenges in their course of duty like for instance the current COVID-19 era where countries are either repatriating their nationals or monitoring their well being through their embassies and high commissions in different nations.And there are other many areas Kenya and Somaliland can work together for the benefit of their citizens.

We have previously worked together on improving security in a region that had earned a negative reputation of terrorism and piracy perpetrated by the Al Shabab and youth from neighbouring Somalia.

While I cannot confidently say the war against terrorism has been won, we have managed to control previous cases of piracy in the Horn of Africa. Our cooperation can see trade between the two countries grow. We are in the process of expanding the Port of Berbera which once complete will be one of the most modern in the region.

While in the UAE, I played a key role in convincing the DP World to come and invest in Berbera where we are also building a free market akin to that in Dubai. My role in Kenya is to encourage investors to venture in Somaliland.

We have held two conferences in Kenya other the last two years where we invited the private and public sector players in Kenya to showcase Somaliland’s potential.

With Kenya also expanding the Lamu Port, the two countries can supplement each other in trade between the two ports and beyond. Somaliland economy is booming, yet we have had to import most agricultural commodities from the middle east. An interesting fact is most of the produce like fruits and vegetables that we import from the middle east are originally from Kenya. We therefore do not need to look to the middle east yet we can get what we need from here.Further, with a more solid partnership, we can promote educational and health tourism. As things stand now, our people are forced to seek further education and medical attention in Europe and the middle east yet they can access the same facilities in Kenya.

There has been plans to have the Kenya Airways making a direct flight to Hargeisa. Officials of the Kenyan airline and government representatives have been to the Somaliland capital and made recommendations but implementation is yet to be done.

This has denied the KQ the much needed revenue because passengers have had to connect through Addis Ababa with the Ethiopian Airline which operates two flights a day to Hargeisa from Nairobi.Kenya is respected across the continent and beyond for its democracy and strong international policy. Should Kenya recognize Somaliland, the rest of Africa and especially the African Union will have no alternative.A recognized Somaliland will play an even bigger role in promoting peace in the Horn of Africa.

Time for Kenya to recognize Somaliland is now.