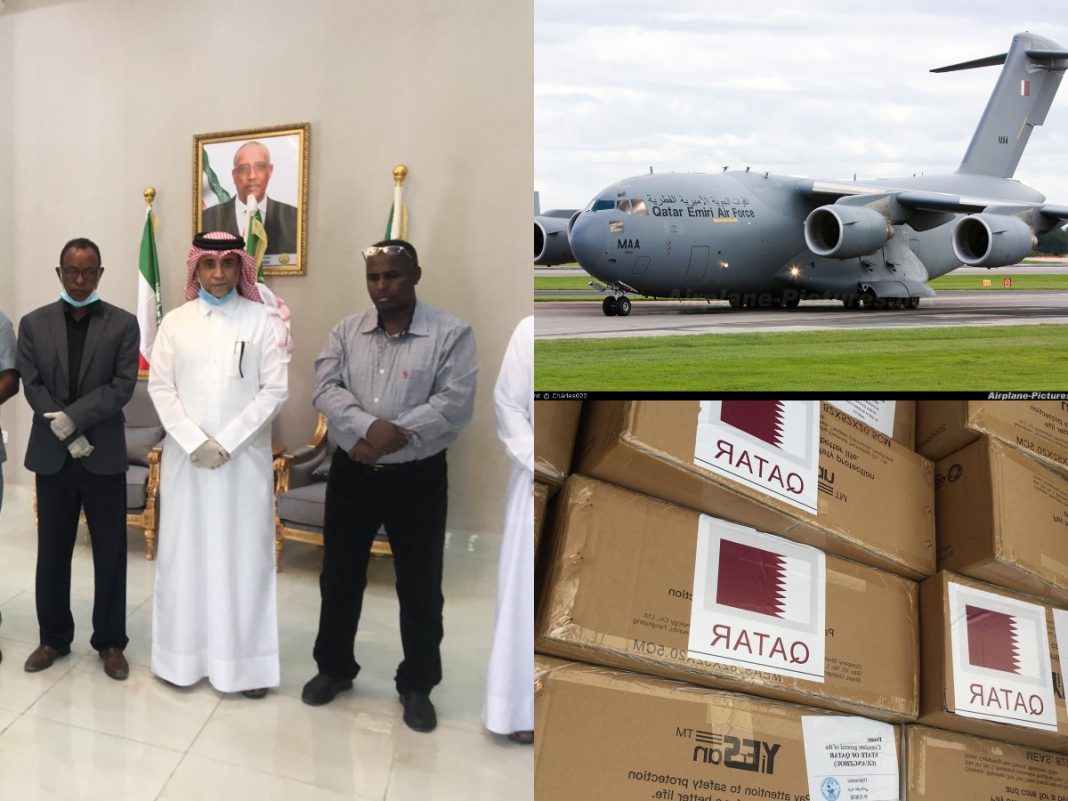 The aid from Qatar was accompanied by the Qatari Ambassador to Somali Mr. Hasan Bin Hamza Asad Mohammed and other diplomats who were received at Egal International Airport by the Director General of the Ministry of Health Dr. Mohamed Abdi Hergeye and the Director of the Emergency Preparedness Mr. Faisal Ali Sheikh.

It is unclear if the Qatari delegation met with President Muse Bihi Abdi or any other government officials and if there is a change in Somaliland’s previous position and its alliance with United Arab Emirates and its milestone contract with DP World to manage Berbera Port.

Officials reached for comment on the Qatari delegation and aid declined to comment. There were no official statement from Somalia’s Federal Government which has in the past objected all direct engagement with Somaliland.