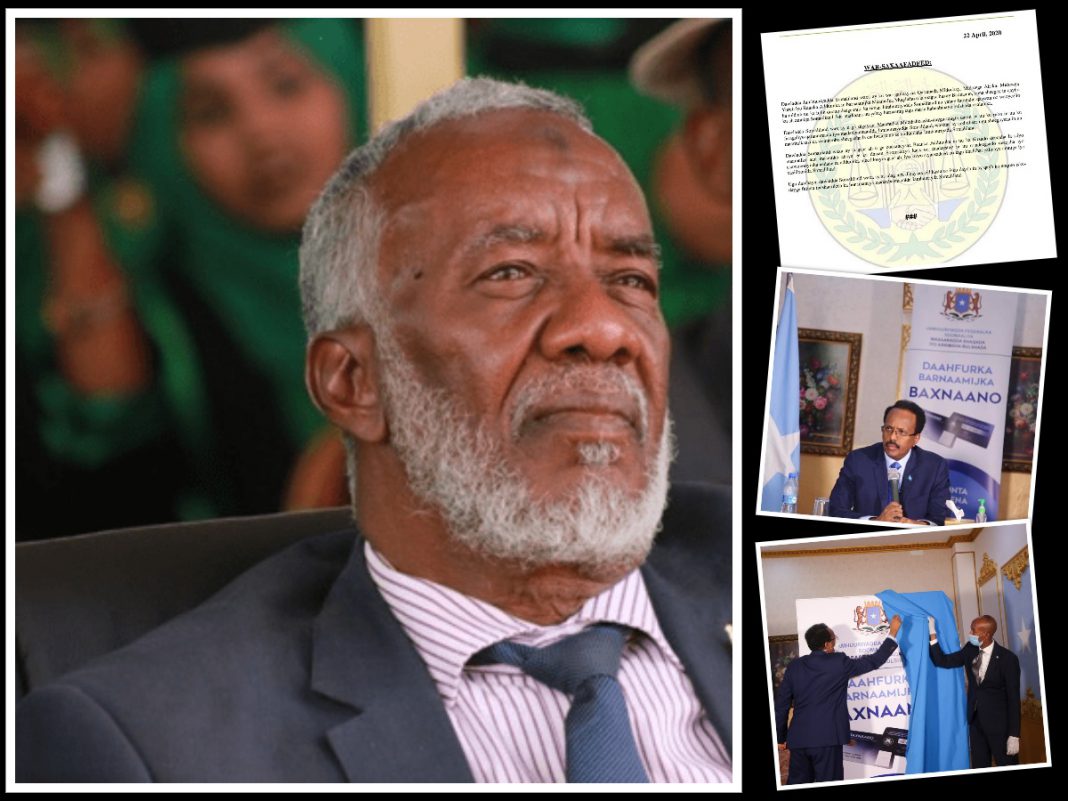 Somaliland Ministry of Foreign Affairs and International Cooperation issued a strong statement warning Somalia’s Federal Government to refrain from interfering in its sovereignty.

The statement also informed the United Nations, African Union and the European Union that the Bahnaano social welfare program recently unveiled to be a direct threat to Somaliland’s security and a deception of the international community.

The Statement asked the World Bank to pay extra attention to the grants given to Somalia’s irresponsible government which has used aid and humanitarian assistance for political purposes to undermine security and stability in Somaliland.

A statement from Somalia’s Minister of Labour at the unveiling event stated “The project will grant $ 4 million each month to 200,000 poor households throughout this year. and will target 1>million families in the next years. This is the beginning of a ministry-led plan to reduce poverty”

The districts of Gabiley, Lughaya and Saylac in West of Somaliland are among the 21 locations the project is set to be implemented.

The statement from the Ministry of Foreign Affairs warned against the participation of this project in it’s territory. The Ministry did not specify of any consequences for either local or international NGOs who participate in this project.

Critics have accused President Mohamed Abdillahi Farmajo of using the World Bank funding to boost his reelection chance. Although it is not entirely clear if elections will take place or delayed due to COVID-19. Somalia is scheduled to hold its first ever 1 person 1 vote elections in late 2020 or early 2021.

Somalia was the most corrupt country in the world two years in a row by Transparency International’s Corruption Perception Index.