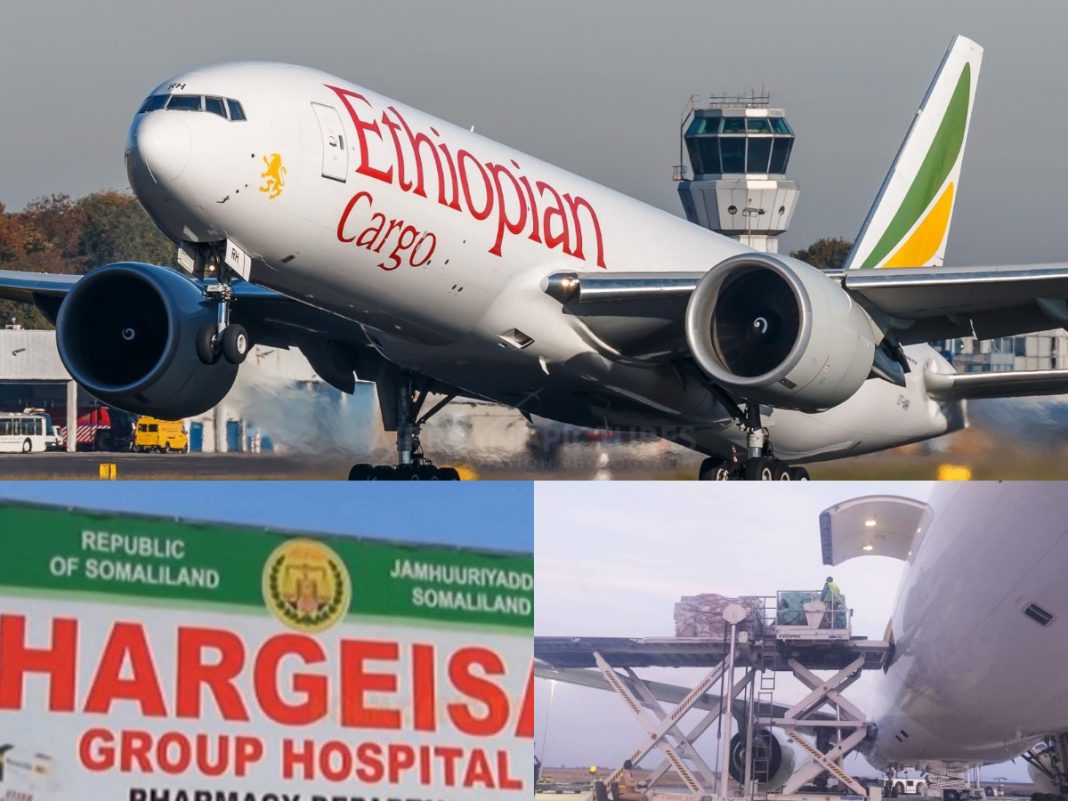 Ethiopian Airlines flights into Somaliland has been the subject of public debate recently where some including this outlet have suggested banning passengers coming into Somaliland to prevent the spread of COVID-19 pandemic.

Government officials who spoke on condition of anonymity reiterated a directive issued by the government a while ago that airlines are prohibited from bringing in passengers from countries worst affected by COVID-19 such as the United States and some European destinations and that Ethiopian Airlines has been compliant.

He added that legally, no one can prevent a citizen from returning home and although Somaliland government cannot afford to charter flights to ferry its citizens’ home, Ethiopian Airlines through limited routes such as Addis Ababa is their only way back in the country.

Although Somaliland government has struggled to articulate this clearly, Sources from Somaliland Civil Aviation and the Ministry of Health based at Egal International Airport, Ethiopian Airlines has severely limited its flights and all passengers are tested and quarantined upon arrival. Despite these measures, there have been complaints about the condition quarantine premise, an arrangement made by the government.

There is, however, another less visible but important role that Ethiopian Airlines has played recently and that is being an indispensable lifeline that has been bringing in medical and other necessities in Somaliland.

According to sources, Somaliland’s Diplomatic Mission in Ethiopia is working with the Ethiopian Ministry of Foreign Affairs, Health, Customs and Ethiopian Airlines to ship two tons of critical supplies purchased by Hargeisa Group Hospital from Dubai and facilitated shipment from Dubai to Addis Ababa by Somaliland’s Liaison Office in the UAE.

Because of the urgent need for these supplies by dialysis patients and at a time when no country is allowing medical supplies to leave its territory, sources say, the work of Somaliland’s Mission in Addis and specially the Deputy Ambassador Mr. Barkhad M Kaariye has been instrumental in ensuring the expeditious delivery of these vital supplies by ground. Ethiopian Airlines’ Hargeisa office has declined to comment on the matter.

Sources also point to the 1.4 million worth of medical supplies donated to Somaliland by Mr. Ismail Ahmed, the founder and the Chairman of the World Remit financial services company was delivered by Ethiopian Airlines on Friday, April 17th. A government official said, “without Ethiopian Airlines, it would be impossible to get these supplies on time”.

President Bihi has thanked Mr. Ahmed yesterday and urged others to follow his example.

Other governments are workings with Ethiopian Airlines to help deliver critical aid for COVID-19 into Somaliland. A source close to the Airlines Hargeisa office stated that many companies that work in Somaliland have approached them about bringing in medical cargo from as far away as South East Asia, South Africa, and United Arab Emirates.

Ethiopian Airlines has been delivering COVID-19 aid from various sources including a large shipment from the Founder and CEO of Alibaba Group Mr. Jack Ma to many African countries