More
Home Uncategorized Do not Provoke us: Kenya’s Stern Warning Somalia to ‘cease and... 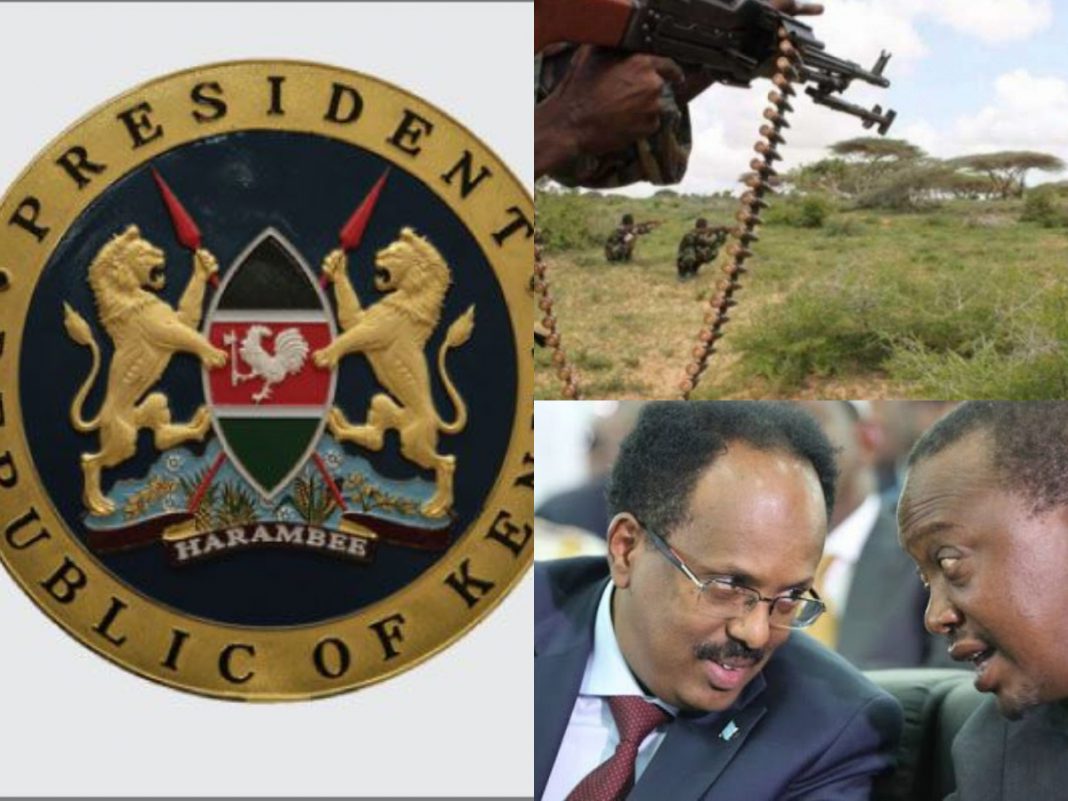 According to statement released by the office of President of Kenya Mr. Uhuru Kenyatta, the Kenyan government had issued a stern warning to Somalia to “to cease and desist from the unwarranted provocations and focus on managing its internal affairs for the welfare of her people; defeating terrorism; and advancing the cause of peace, security and stability in the region.”.

The latest tension between Somalia and Kenya follows an assault by Somalia National Army on the border town of Beled-Hawo on the 2nd of February on forces from Jubbaland State.

Media outlets reported injuries on the Kenyan side of the border in Mandhera town.

The strongly worded statement from President Uhuru’s office noted that Kenya is a host to hundreds of thousands of Somali refugees who fled war and hostilities in Somalia and Kenya’s contribution to the peacekeeping efforts in Somalia and urged the Federal Government led by President Mohamed Abdillahi Farmajo to rationally use its resources to defeat Alshabaab terrorist group.

The warring sides used anti-aircraft guns and other heavy weapons and there has been reports of casualties on both sides.

Tensions between Somalia’s Federal Government and Jubbaland has been on the rise since the reelection of President Islam Madobe and the former’s failure to successfully field competing candidates.

Somalia claims to be in pursuit of Jubbaland’s Minister of Interior who has recently broke out of a jail in Mogadishu where he has been imprisoned since September 2019.

Rodney Hunter the Political Coordinator of the U.S. Mission to the United Nations has also expressed alarm over Somalia’s airlifting of army units to Jubbaland “The deployment of SNA troops to a politically motivated offensive in the Gedo region of Jubaland is unacceptable and diverts resources from the agreed roadmap for security operations.”