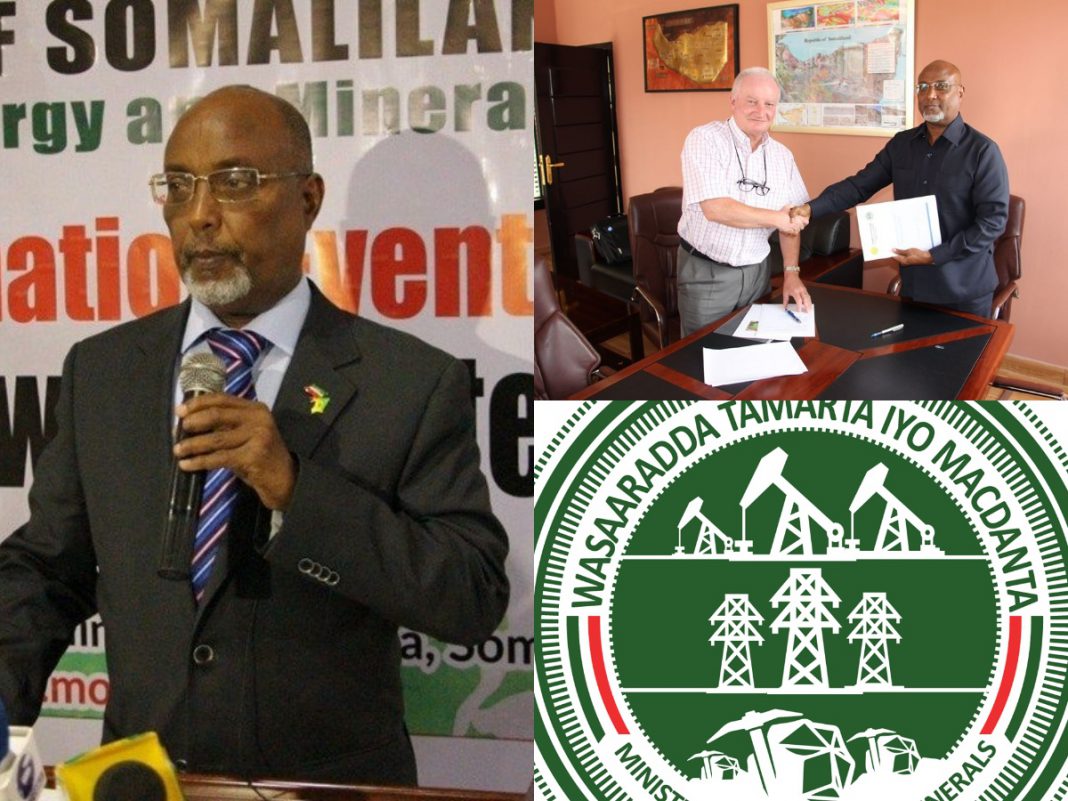 On December 14th, 2019, the Ministry of Energy and Mineral Development signed an agreement with a British Company called Anglo Somaliland Minerals LTD.

The announcement posted on the Ministry’s Facebook page shows the Minister Hon. Jama Egal singing and shaking hands with an unidentified gentleman but did not elaborate on the nature of the agreement, where the company will be mining in Somaliland and what type of minerals they would extracting.

According to the UK Government’s company register, Anglo Somaliland Minerals LTD is less than 6 months old and was established on June 17, 2019, by BECKETT, Brian Edward and HUDSON STERLING LTD.

There is no evidence that Anglo Somaliland Minerals has done much before it signed the agreement with the Ministry of Energy and Mineral Development, however, Mr. Beckett, the majority owner of ASM has been involved in mineral extraction for years in other parts of Africa.

Mr. Beckett is the owner of few other companies and among them a rather active mining concern known as Kerilee Investments Limited, the is the majority shareholder of KI3R Minerals Ltd which owns the Nyamuliro tungsten mine in Uganda.

Kerilee Investments Limited has had a number of legal challenges over the year involving its mining operation in Uganda and as recently as a month after Mr. Beckett registered Anglo Somaliland Minerals, KI3R Minerals Ltd has laid off much of its workforce in its tungsten mine in Uganda citing cash flow and other issues.

During the Minister’s visit to Uganda, a statement published on the Ministry’s website stated that the ministry has signed a memorandum of understanding with the Ugandan Ministry of Minerals. No detail on the contents of the memorandum was made public.

Somaliland government has had a history of signing several questionable agreements in the past while also successfully attracting DP World, Coca Cola, and other companies despite its unrecognized status.

Efforts to reach Mr. Beckett and Minister of Energy and Mineral Development Hon. Jama for details on the agreement and why Mr. Beckett chose to create a new entity with no track record for his work with Somaliland and not use his existing Kerilee Investment were unsuccessful.