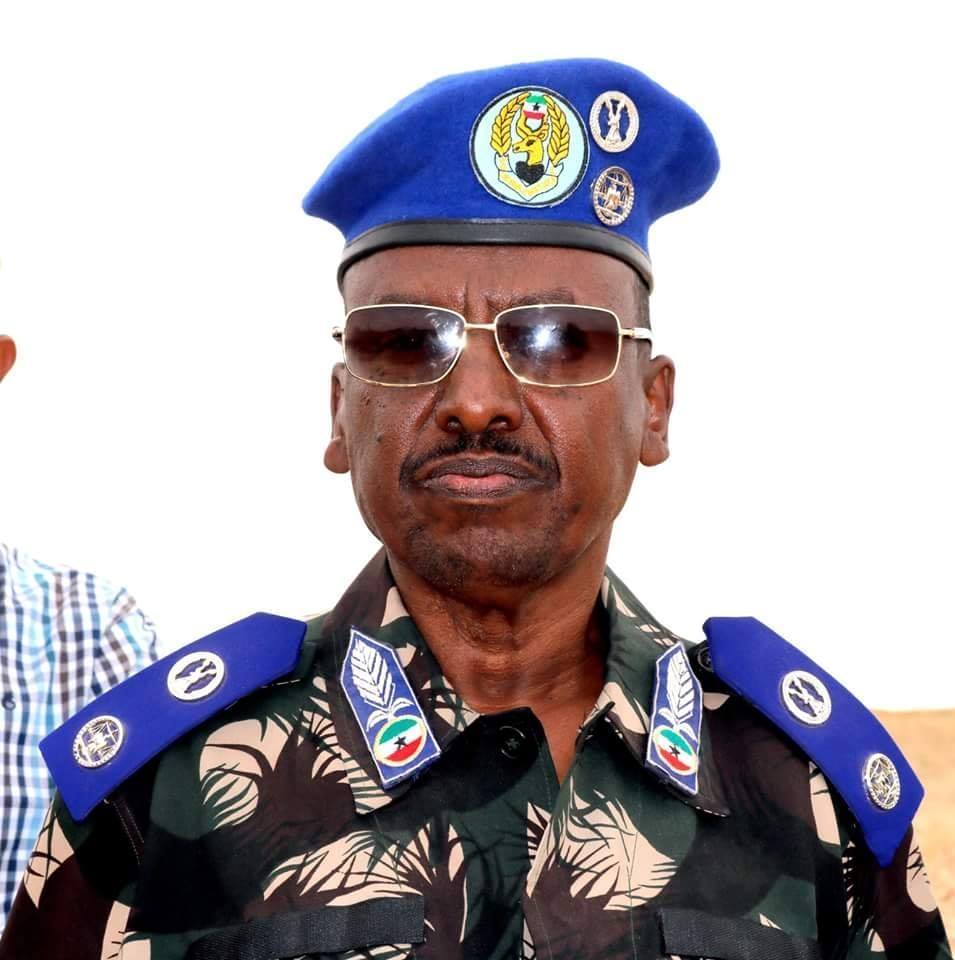 Somaliland’s Police Commander General Abdillahi Fadal Iman who has passed away yesterday in Hargeisa hospital was laid to rest today in the outskirts of the capital.

General Fadal as he was known has been a lifelong civil servant who has risen through the ranks and has been the longest serving Police commander.

President Bihi, in his eulogy to General Fadal described him as a founding father of the Police forces who has worked tirelessly day and night to strengthen peace and security throughout Somaliland.

At the General’s burial, the President of Somaliland HE Muse Bihi Abdi who spoke stated “General Fadal has dedicated his entire life to serving his nation.”

Despite a polarized political atmosphere in Somaliland, there was unanimous out-pour of sympathy and condolences for the Police Commander’s passing.

It is unclear when President Bihi will nominate a new Police Commander, but he has recently reassigned the late General’s Deputy Commander Brigadier General Abdirahman Liban Ahmed “Fooxle”