Home Politics Imperfect Democracy: How Somaliland’s Political Parties got the Elections back on Track 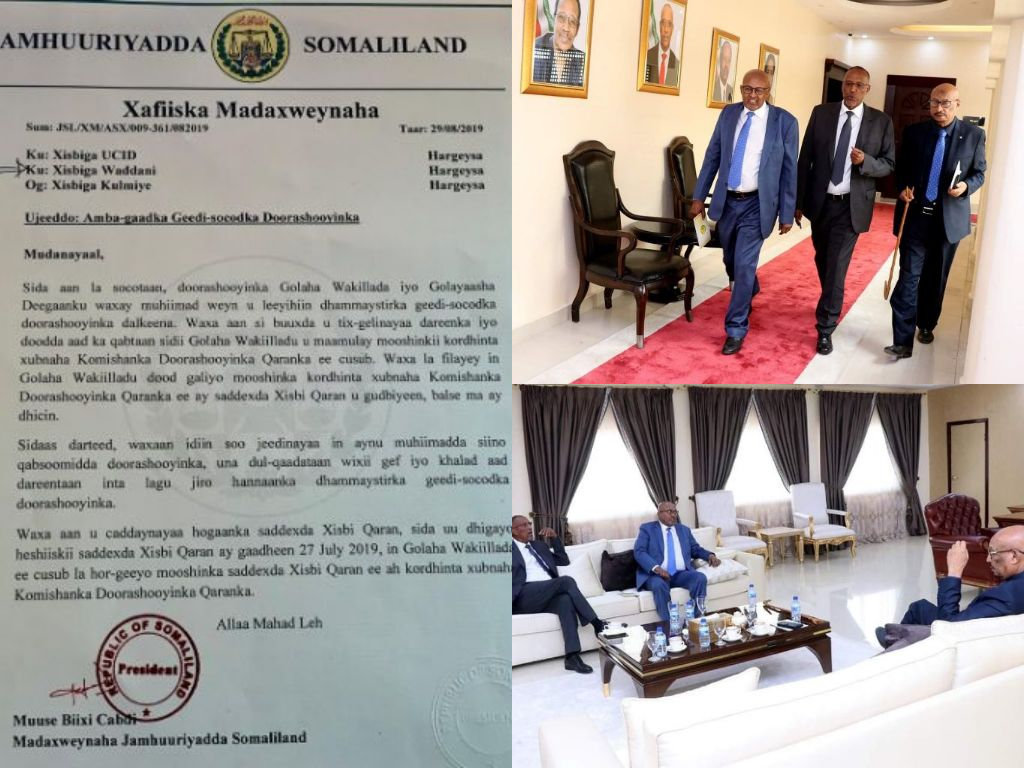 Despite 30 years of independence and five peaceful transfers of power, Somaliland has gotten democracy basics wrong. It has had a history of elections delays, multiple term extensions for the parliament and local councils.

The last round of negotiations to get the elections back on-track between the three political parties of Waddani, UCID and Kulmiye ended in a stalemate when the Parliament rejected to vote on the motion to increase the members of the Electoral Commission from 7 to 9. This was the article of an agreement the parties agreed to on July 27th, 2019.

This has brought the dispute full circle where the opposition parties accused the President and his party who hold the parliamentary majority to reject the motion on a legal technicality and never bringing it to a vote in the Parliament. Because of this, Mr. Hersi Haji Hassan the Leader of the Waddani declared that his party has withdrawn from the agreement.

Multiple late-night rounds of negotiations between the President, his party and the senior leadership of the opposition parties at the President’s office followed and according to sources present at some of those meeting, the parties discussed the impediments to elections and ways to move forward to ensure elections are held on time.

On August 29th, 2019, President Bihi sent a letter to Waddani and UCID opposition parties expressing his regret over the rejection of the motion in the parliament to increase members of the National Election Commission from 7 to 9 and promised that he will ensure that the motion is brought back to the new parliament for a vote as agreed upon.

As a result of two days of meetings and negotiations on the 7th and 8th of September 2019, the two political parties have agreed to keep the democratization process alive by removing obstacles to the parliamentary and local council elections.

The three parties of Waddani, UCID and Kulmiye are working to nominate their members to the new National Election Commission. So far, only the House of Elders has nominated their two members where one of them has withdrawn his candidacy.

All indications are that Somaliland Parliamentary and Local Council elections will occur though it is clear that the agreed-upon deadlines will not be met according to the current and outgoing Chairman of the National Election Commission.