More
Home Uncategorized Somaliland: The International Community Must Be Involved In Any Talks With Somalia. 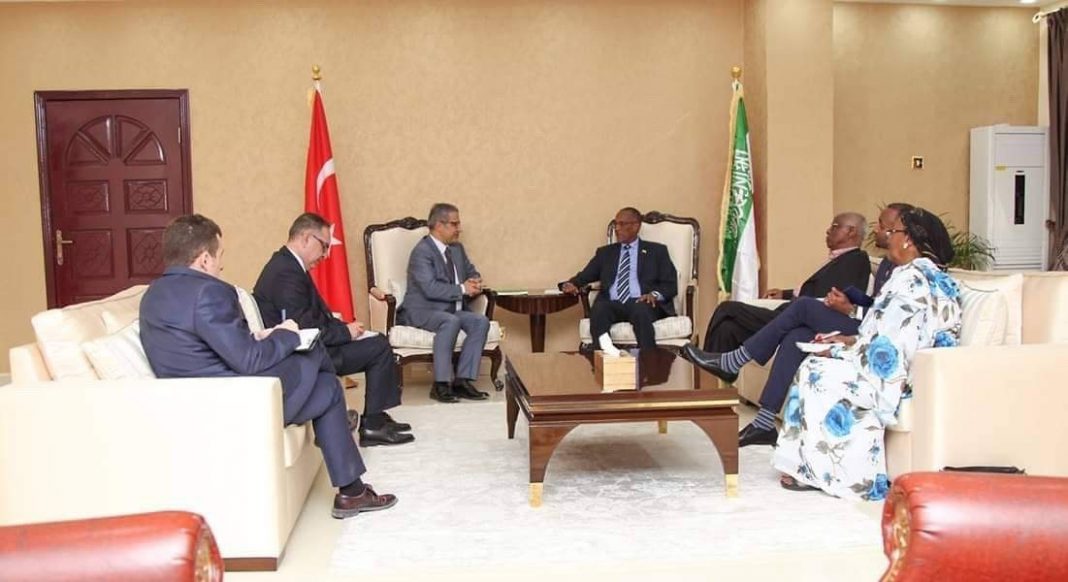 The recent mission by Turkish envoy, Mr. Olgan Bekar to Somaliland and Somalia has made one thing crystal clear, President Muse Bihi Abdi of Somaliland is not prepared to resume any talks with Somalia without the involvement of the international community.

The proposal that Turkey should be the only arbiter in any further talks between Somaliland and Somalia is a non-starter. This has been tried before and has failed to produce any tangible results. In fact, all of the nascent agreements of the Istanbul Accords have been renegaded on by Somalia.

For example, the agreement to jointly manage the air space of the defunct Somali Republic were blatantly disregarded by the federal entity in Mogadishu, which somehow convinced the International Civil Aviation Organisation, ICAO, to transfer operations from Nairobi to Mogadishu. Even though, the federal entity in Mogadishu doesn’t even control the whole of that city, let alone, the air space, it was done without consulting Somaliland.
Now, if a second tier matter like the civil aviation management cannot be agreed upon and Turkey is unable to intercede or enforce the Istanbul accords, what chance does it have of being an impartial arbiter with regard to Somaliland’s restoration of sovereignty and the future relationship between the two countries? The answer is none.

Therefore, the news that Turkey is willing to have Sweden as an additional arbiter, along with the USA, UK, and the European Union as guarantors, is welcome on Somaliland’s part. Unsurprisingly, the federal entity in Mogadishu appears to be opposed to such developments. As are the United Nations and the African Union, which have a huge stake in Somalia and would be marginalized.

So, it would seem that an impasse has been reached, even before the talks about the talks can begin!.

The end game for the politicians in Mogadishu is to delay any talks until, and if, the proposed 2020 “national elections” in Somalia are held. These “elections” are supposed to be based on universal franchise, one person, one vote and you can wager, that even though not a single polling station will be in Somaliland territory, whomsoever emerges victorious, after the usual bribes are paid, will claim that there is no need for talks.

The people of Somaliland know exactly the kind of politicians that claim to make the decisions in Mogadishu. They are unscrupulous, devious and mendacious. A miserable thirty year union and it’s dreadful aftermath has thought Somaliland a lesson it will never forget.

So, let the talks about talks continue, in the meanwhile, Somaliland will continue to march forward.

About the Author Ahmed Kheyre is based in London, UK and can be reached @ ruraledcomm[at]yahoo.co.uk