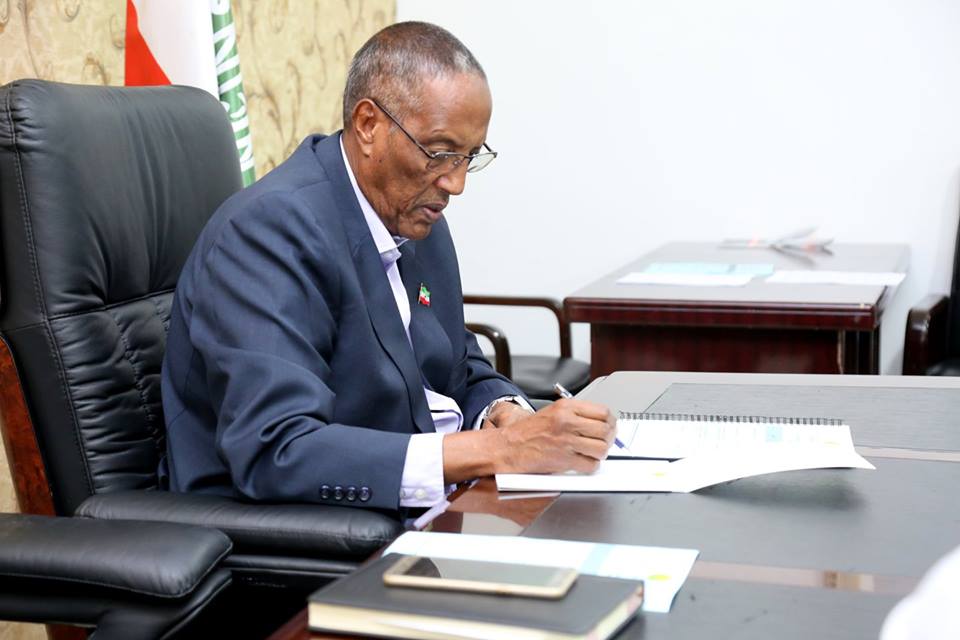 Somaliland is a democratic and peaceful country where the people always live in the dreams of hope and waiting for better days in the future ahead, but they are struggling to catch the leader who can turn the visions into factual.

Somaliland people went to the polling stations on 13 November last year. They took part the third presidential election so far and the sixth election- three presidential, one parliamentary and two local elections. Actually they are very democratic compared to the most of African countries where unelected presidents those rose to power after coup rule with iron fist for a long time.

Three political parties have contested the election and the ruling party Kulmiye won the election in a land scape victory. During the campaign, the three parties proposed their political programs those had basic pillars, although they were similar ideologically and mentally impossible by the deceptiveness of the politicians and the economic incapacity. The prerequisite of the society was to eradicate the corruption, injustice, misuse of power and nepotism for these reasonable reasons most of the society thought that electing a strong leader is part of the solution to solve the countless problems exist.

The campaign slogan of the current president was ‘the supremacy of law’. Apart from this slogan, the view and the hope of the people was high, according to the hopeful promises he has made and his background of living the country more than 20 years and knowing the social problems, but unfortunately all these expectations have changed into upside down.

The people lost the hope as soon as the first cabinet ministers were appointed by president Bihi. They were beyond the merit and excellence required to eliminate the obstacles barred the government and to move forward to reach the assigned goals. Most of the appointed ministers were not fitting to their newly ministries for couple of reasons; education, capability and experience.

The campaign slogan of the president (Supremacy of Law) promptly has become deceitful because of infringements made by the president and his cabinet which showed the people early sign of lawlessness.

For instance, official decree issued by the president was simply changed by Mohamed Kahin Ahmed, minister of Interior through intent wearing the shoes of president. Also, Abdilahi Abokor Osman, minister of Transport and Roads Development has imposed to change the plate numbers to implement new plate numbers for the purpose of income as well as banned the small cars (Vitz) to travel throughout the regions which is contrary to the freedom of movement enshrined by the constitution.

To find supremacy and effectiveness of law, there should be an operative judiciary, particularly courts those keeping and explaining the rights of the individual. However president Bihi didn’t pay any attention to the judiciary sector, except that he paid visit to Marodijeh regional and appeal court as well as the attorney general office and the Supreme Court; where he met selected number of judges, lawyers and prosecutors. Since then, he always repeats his delightful words about the justice and supremacy of law. Regrettably there isn’t physical action he has done so far.

The improper practice of detention and arbitrary arrest continued it is even worse. His government used to arrest the people for simple words and Facebook posts. The president has signed the police act into functioning law that builds a bridge for the society and the police, frames the structure of the police, restricts the excessive power used by the police and bans using live ammunition to the civilians amazingly the president sent back police law to the parliament for amendment against the interest of unarmed civilians, human rights and democracy. It seemed that the commanders of the police put on pressure to the president to appeal the amendment as long as they feel content to the illegal detention, arbitrary arrest, banning/blocking the media channels, terrifying the civilians and shedding the blood during the peaceful protests.

A person who is walking the jungle without a road map, is a person running a marathon race without legs and a person flying through the air without wings, surely will not reach a success, but he will hurt his life and the same is true president Bihi’s actions who wants to handle the people and the country without political vision and mission.

Finally, to be back on track, the president should respect the constitution and other approved laws, respect the principles of rule of law, halt rude actions of oppression against the media, fulfill promises he made and must heal the rifts of post presidential election.

About the Author   Jibril Jirde is an independent Lawyer and columnist based in Kocaeli, Turkey. He can be reached jirde40[at]gmail.com