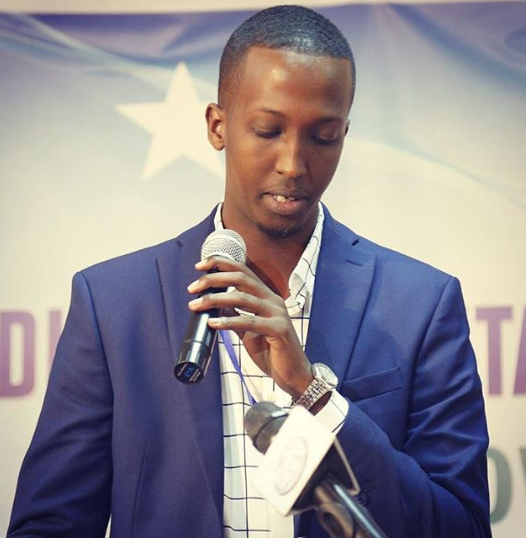 Mohamed Mohamoud Sheik is the latest casualty of a war that continues to claim thousands of innocent lives in Somalia, what is different this time is, the victim, Mohamed Mohamoud Sheik was the embodiment of hope and unrelenting ambition and tragically, he too has been consumed by the city where hope itself goes to die.

Mohamed was a prolific entrepreneur and a diaspora returnee who sought to create not only much needed services but also got involved in multiple causes including Startup Grind a global business incubator and a entrepreneur support network in partnership with tech giants like Google.

Mr. Sheikh was also featured as judge on Inspire Somalia a sort of Shark Tank, where entrepreneurs pitch business ideas to seek funding and guidance from seasoned business people like Mr Sheikh.

In Tedx talk in Mogadishu Mr Sheikh talked about what inspired him to return to Somalia and start a business in Mogadishu.

Aside from his enterpreneurial spirit and infectious smile that has won the hearts of everyone who has come to know him, Mr Sheikh was far from a nobody, instead he was the son of the commanding General of Somalia’s Air force General Mohamoud Sheikh Ali.

Mr Sheikh’s killing bears all the hallmarks of recent spate of brazen assassinations by Al-Shabaab, where victims who were mostly identified as government officials were targeted in public places such as restaurants. Oddly enough though Al-Shabaab generally take credit for terror attacks almost immediately but in the case of Mr Sheikh slaying, there has been no claim of responsibility.

Although no arrests were made public, sources in security services in Mogadishu say there are three suspects in custody and confirmed that they are not affiliated with Al-Shabaab.

From his twitter Mr Sheikh was an outspoken and openly discussed all sorts of things including politics and freely shared his displeasure with some government officials.

We have reached out to family members of Mr Sheikh to ask if he had any enemies or had any safety concerns and they were unaware of any specific threats to Mr Sheikh’s life. A relative of Mr Sheikh in Switzerland confirmed that there has been reports of arrests though the government has not made any details public and he added that the accused are not Al-Shabaab.

Even in death, Mr Sheikh is still a lightening rod for social justice and his friends in Mogadishu have launched a rally to demand justice for Mr. Sheikh’s killing.

Update: There are unconfirmed reports via twitter and other social media network that Somali authorities have killed the assailants behind Mr Sheikh’s killing. At the moment, Somaliland Chronicle is unable to locate an official statement from the Ministry of Information.