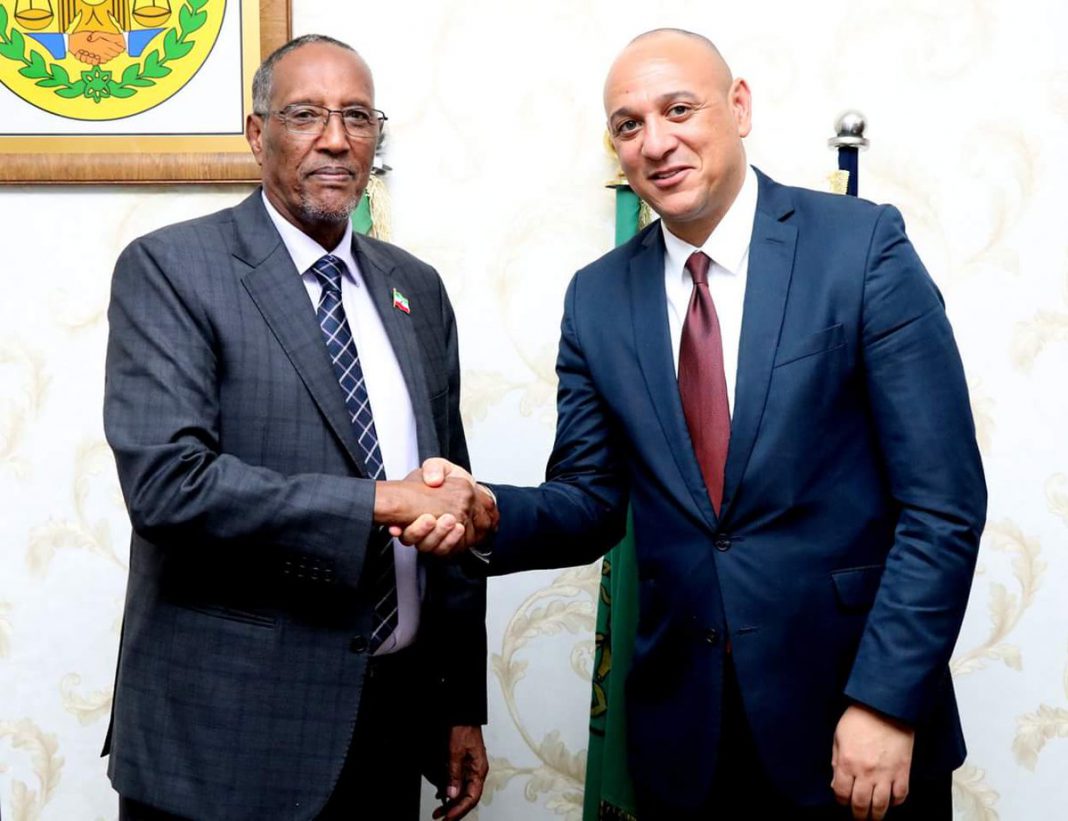 Somaliland and Somalia have accepted peace treaty brokered by the United States Chargé d’affaires Martin Dale. Mr Dale met with Somaliland President HE Muse Bihi Abdi on August 4th and discussed the terms of the peace settlement to end the conflict in Tukeraq with Somalia’s state of Puntland.

Mr. Dale’s meeting with the two heads of state follows the meetings with the recent visit of IGAD and UNSOM delegation that met with both sides of the Tukeraq conflict as well as members of Somaliland’s opposition parties.

Diplomatic sources in Nairobi as well as others in Somaliland Presidency confirm the peace settlement and that all sides have accepted and have started to quietly implement its terms.

The most important elements of the settlement include the immediate cessation of hostilities and establishment of direct communication channel between commanders, restart Somaliland and Somalia talks as early as possible and release of POWS.

There are additional terms that Somaliland Chronicle have agreed to not discuss due to the sensitive nature of the settlement.