More
Home Uncategorized Mr. President, Your Beautiful Words Must be Put into Action 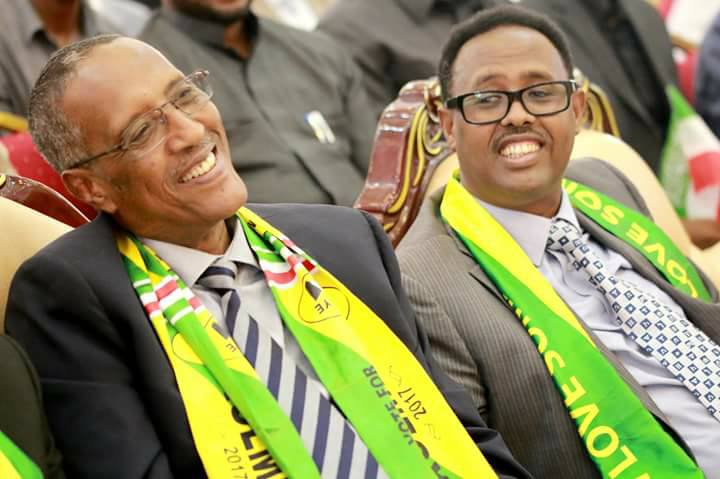 Once more, I listened to the President’s address to the staff of the Ministry of Finance and I was deeply moved by his view of a report was on Radio Hargeisa that morning which cover the living conditions of the people displaced by droughts their gut wrenching living conditions.

The Government has committed to provide aid and support to the our people displaced by a cyclical droughts and established a commission named “Drought Recovery Commission” headed by the former Minister of The Presidency Mohamed Hashi which met every evening at the Presidential Palace.

Everyone with means has been approached to contribute to the effort and though i am not sure if was enough but about a Million US Dollars and change was and collected. There were also massive corporations including DP World that has contributed funds.

Unfortunately, the only record of any of these funds being spent on the vulnerable and displaced people were reportedly few hundred thousand that were said to be used for drinking water and transportation.

While the condition of the displaced people has not improved by any measure, HE Muse Bihi Government was elected where fortunately has taken over about a million dollars in the drought recovery funds from Mohamoud Hashi.

I can attest to the fact that the drought recovery commission that was later headed by Vice President Abdirahman Saylici has done a good job and unlike when the commission was headed by Mr Mahamoud Hashi, there was minimal accusation of graft.

To those that would assume that I am against the former Minister Mohamoud Hashi, I want to remind people that it was actually Mr Saylici that at one point fired me from my post as Governor of Awdal. I do not begrudge him for doing what he thought was right, in fact I commend him for a good job but will also point out any shortcomings.

Finally, I would suggest to the President to translate his beautiful words into action and add more funds to the million dollars the Drought Commission currently on hand and help the displaced people whose plight and living conditions have visibly shaken you.  I swear that you will succeed if you make it your first priority to take care of our most vulnerable and less banquets for those with means.

Mr. President, we can see that you genuinely feel your people’s pain and suffering but I want to remind you, that you alone are in the driver’s seat and can actually do something to improve our displaced people’s living conditions, you can also correct the wrongs as you are the highest authority in the land. Use the powers that are entrusted in you and make a lasting change.

Mustafe Isse is the Former Governor of Awdal, Sool and Maroodijeex regions and currently a high ranking member of the Opposition Party Wadani. Mr. Isse is a veteran journalist who has been writing since 1991 for such newspapers as Codka Hargeysa.