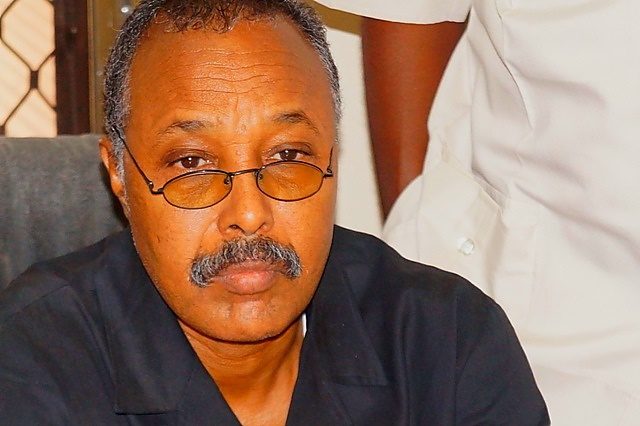 The Minister of Information of Somali regional administration of Puntland, Abdi Hersi Ali in an unusual press briefing described the Tukeraq conflict between Somaliland and Somalia as a struggle that all people from Puntland should join as they will be considered martyrs if they lost their lives in this war.

During the press briefing, the Minister spoke about the Islamic concept of Jihad and how it relates to the homeland defense and immediately went on describe to how Islam views those that wage Jihad and that it is the duty of every person in Puntland to join in the fight against Somaliland as it is considered to be a Jihad. Mr. Hersi called on the people of Puntland to participate in the war in Tukaraq against Somaliland and it represents a chance for them to go to heaven.

Earlier this month, Al-Shabaab has overrun a major military base used by Puntland’s Maritime Police Force in Bali-Khadar where multiple casualties have been reported. Puntland regional administration officials have accused Somaliland of complicity in terrorism and support for Al-Shabaab without providing any prove to substantiate their assertion.

Reached for comments, Somaliland Ministry of Information officials have declined to comment on the Minister’s call for Jihad but stated that “Somaliland has managed to keep terrorism at bay and is excellent in securing it is borders”.