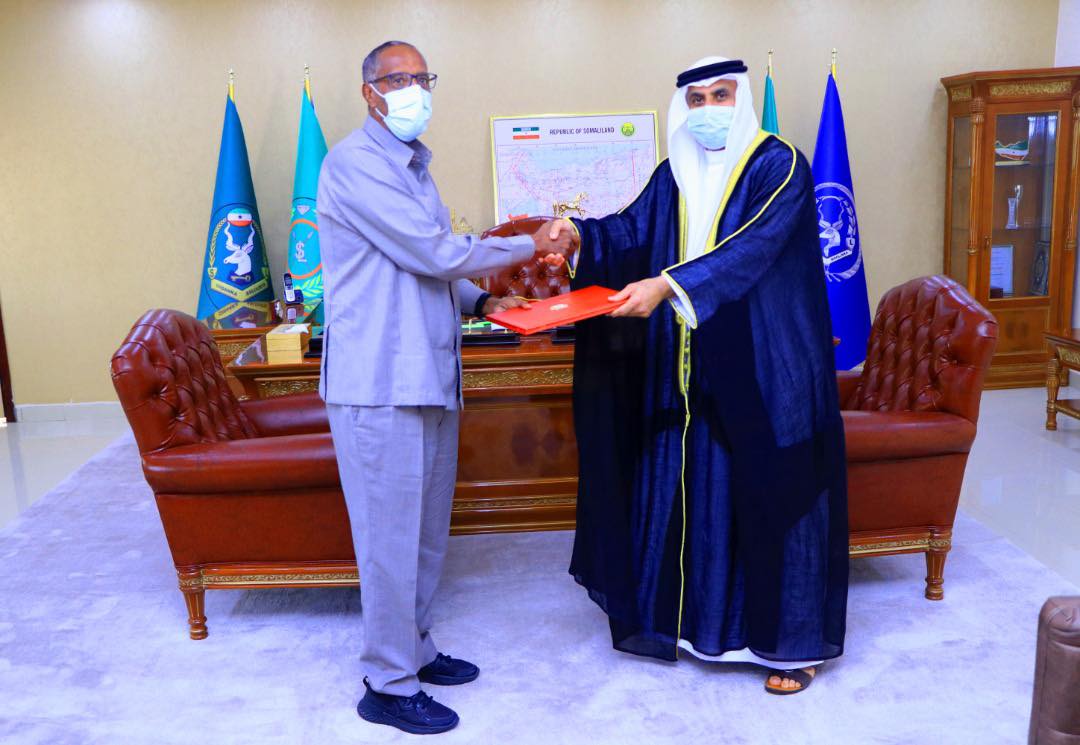 The President of the Republic of Somaliland HE Muse Bihi Abdi has accepted the credentials of the United Arab Emirates Ambassador to Somaliland. This is according to a statement released by the Presidency this afternoon. Ambassador Abdulla Alnaqbi would be the first official emissary of the United Arab Emirates to the Republic of Somaliland since its independence in 1991.

According to the statement from the Presidency, Ambassador Alqanbi has extended greetings from the government of the United Arab Emirates to President Bihi.

The United Arab Emirates has been the largest direct foreign investor in Somaliland via Dubai DP World Port’s 450 million US dollar Berbera port expansion and management deal signed between the two countries many years ago.

The United Arab Emirates has been the latest Villa Somalia target for harassment following its statement on Somalia’s failed elections and referring to Mr. Mohamed Abdillahi Farmajo as interim President. Somalia has also in the past lodged numerous protests against the UAE especially following the signing of Berbera DP World Port deal. It is unclear if any of Somalia’s diplomatic belligerence has prompted the UAE to tacitly recognize Somaliland and send Ambassador Alqanbi.

Under President Bihi, Somaliland has enjoyed a string of diplomatic successes starting with the establishment of bilateral ties with Taiwan last year.