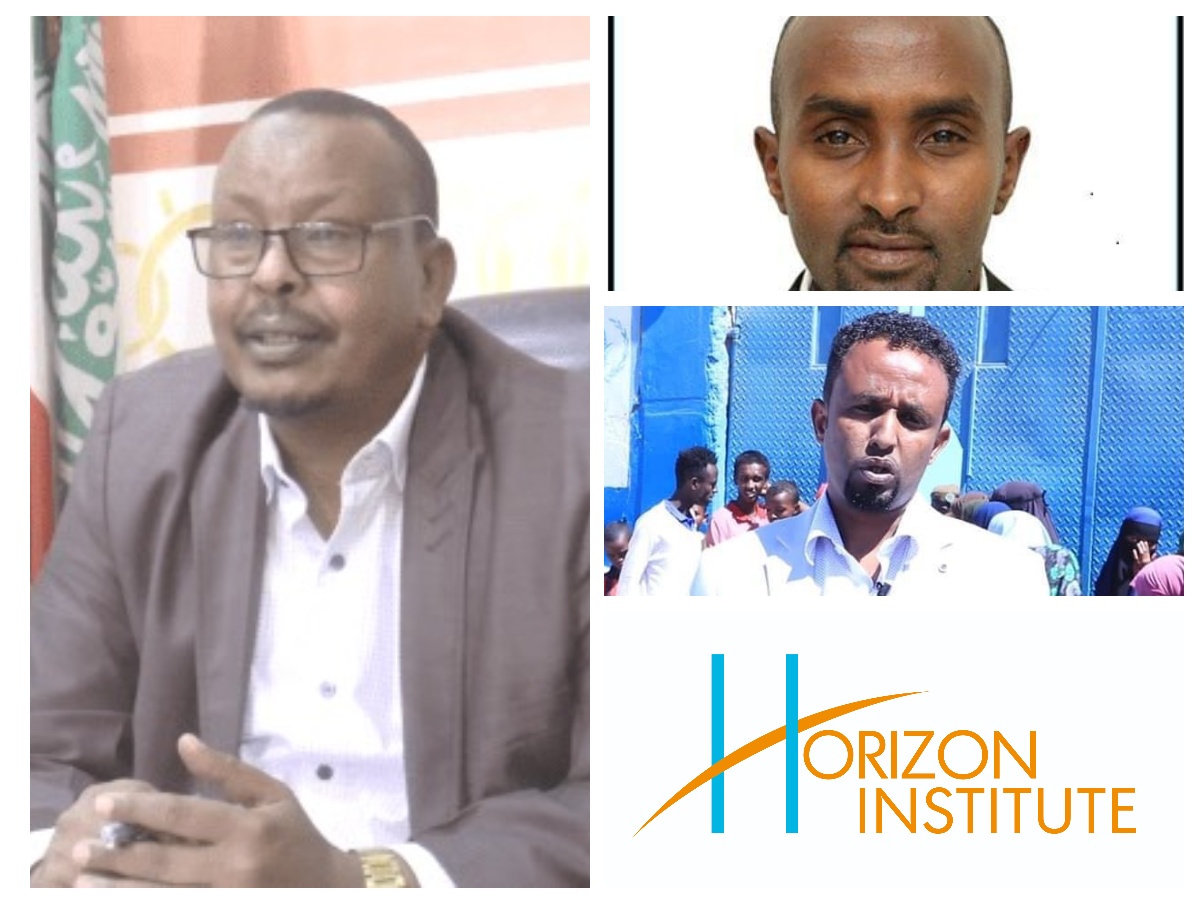 In a report published on February 25th, the Horizon Institute has criticized the Chairman of Regional Court Judge Hon. Abdi Qawdhan for his handling of a complaint from Hargeisa Water Agency against Mr. Abdirahman Mohamed Mohamoud (Burhaani) a lawyer with Taloson law firm who issuing a statement regarding the 50 US dollar water meter the agency informed its customers to purchase in three months’ time.

The statement from Taloson law firm informed the public of their right to legally challenge the 50 US dollar water meter by Hargeisa Water Agency and that it will offer free legal services to protect their rights.

According to a statement to the press by the Somaliland Lawyers Association, the Chairman of the Regional Court of Marodijeh Hon. Abdi Qawdhan Abdi has issued an arrest warrant for Mr. Abdirahman Mohamed Mohamoud (Burhaani).

“The arrest warrant has no basis in law. It violates the right of a lawyer to represent his or her clients. Articles 13 and 14 of the Somaliland Advocates Law No.30 of 2004 layout the procedures and processes for disciplining lawyers who fail to meet their legal obligations and the organizations which can exercise the right to censure a lawyer. This lawyer, however, is not being accused of failing to meet his legal obligations. Rather, he is being punished by the court for performing his professional duties. The complaint was not brought against him by an organization empowered by the law, but by the Water Agency, which is not allowed by any law to interfere with a lawyer’s work.” said the report from Horizon institute regarding the arrest warrant issued by the Marodijeh Regional Court for Mr. Burhani.

In addition to the arrest warrant for Mr. Burhani, Horizon Institute’s report states that the Chairman of the Regional Court of Marodijeh Hon. Abdi Qawdhan Abdi has suspended the law license of another lawyer, Mr. Hamse Mohamoud Hassan for a year for comparing the Marodijeh Regional Court to an infamous court during dictator Siad Barre’s regime known as Maxkamada Badbaadada Qaranka or National Salvation Court that only handed down death sentences. The report adds that the judge did not cite legal articles that gave him the authority to suspend the lawyer’s license because there is no legal basis for his ruling.

“If the leadership of the judiciary wants the public, as well as the legal profession, to believe that justice exists in Somaliland, and the Constitution and the laws are respected, then it must show them this reality through its own actions, decisions, and verdicts. These two orders by the Maroodi-Jeeh Regional Court, by disregarding the constitutional and legal rights of lawyers and of the public, achieve the exact opposite goal. The impact is to sow fear, discourage people from using the courts to settle disputes peacefully, and to conclude that the Chairman of the Regional Court of Maroodi-Jeeh does not, in fact, believe in the rule of law.”. The report continues.

In their report, the Horizon Institute called upon the High Judicial Council, the body with the responsibility to discipline the judiciary to immediately review and dismiss the unlawful arrest warrant of one lawyer and disbarment of another for a year by the Chairman of Regional Court of Marodijeh Hon. Abdi Qawdhan Abdi and to suspend him from all duties pending the immediate investigation of his professional conduct.