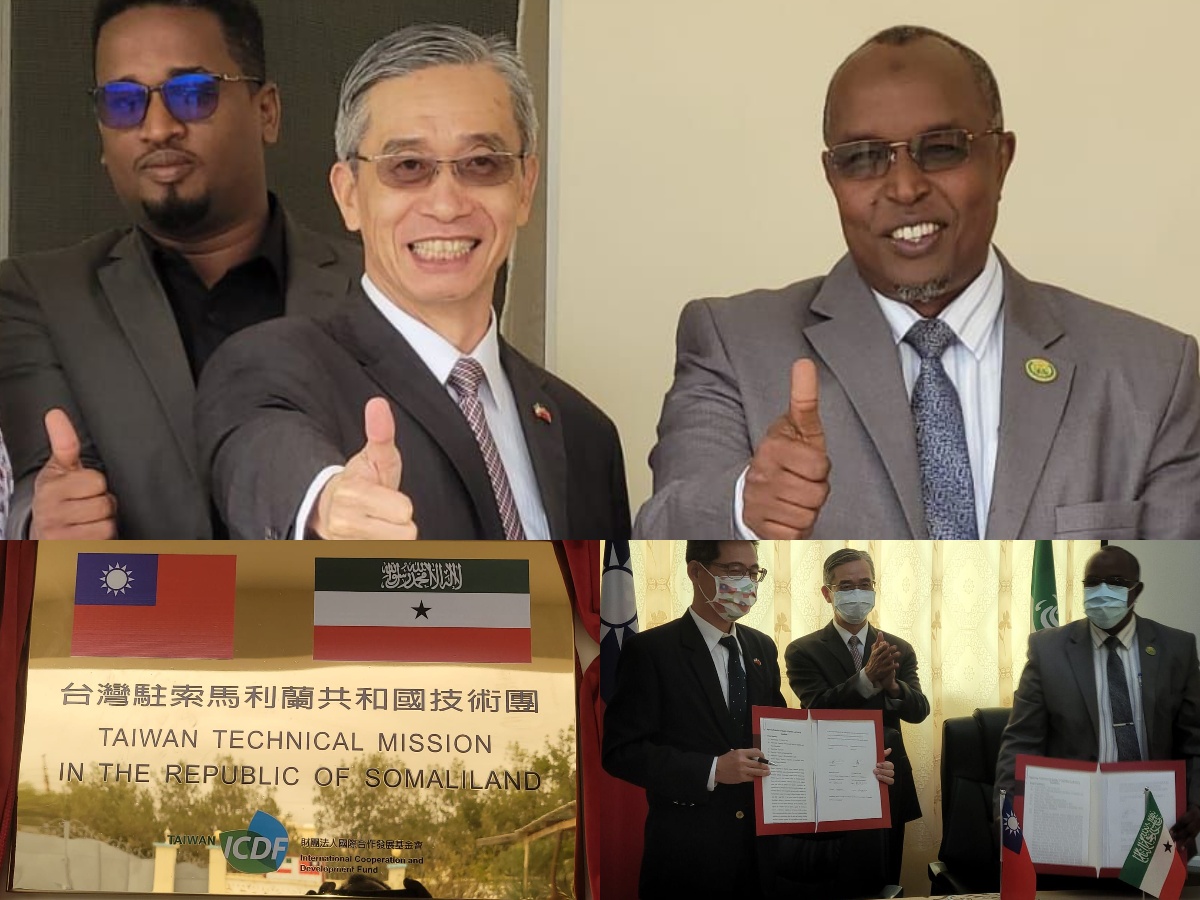 In a ceremony, presided by Taiwan’s Ambassador to Somaliland Mr. Allen C. Lou, Taiwan Technical Office and the Ministry of Agricultural Development have signed an agricultural cooperation agreement today.

The new agreement signed today is aimed to improve the production and quality of vegetables and fruits in Somaliland and could contribute significantly to the country’s food security. Most daily stables are currently imported from Ethiopia.

“The objectives of this project are to establish a nursery in demonstration farm, introducing new vegetables and fruits for trial and select suitable ones for an extension, through training and field workshop to improve field management techniques and campaigning of post-harvest process. It’s expected that the profit and income of the farmers will be benefited.” Explained Mr. Allen C Lou, Taiwan’s Ambassador in Somaliland.

This is the third major initiative unveiled by Taiwan since opening its Representative Office in Somaliland. So far, it has inked the  Maternal and Infant Health Care Improvement Project agreement with the Ministry of Health, announced two scholarships to Somaliland students and besides today’s agricultural agreement, a collaboration to build Somaliland’s e-government is expected to be announced soon.

During his remark at the signing ceremony, Ambassador Allen C. Lou explained how these projects are different from anything that was done in Somaliland and the advantage of the Taiwan Model “I would like take this opportunity to share “Taiwan Model in Somaliland” with you all. What is Taiwan Model in Somaliland? It is bilateral, same as what Taiwan does in its diplomatic allies, instead of multilateral as other countries do. It is with the implication of diplomatic support. We based on Somaliland’s urgent needs and Taiwan’s advantages to set the priorities to implement agreed projects. Taiwan dispatches the ICDF (International Cooperation and Development) Technical Mission to Somaliland. We focus on capacity building and training first. Intangible and institutionalized. We are project oriented. Taiwan model in Africa is benefitting the people directly and leaving no debt traps. The spirit of the Taiwan model is: Teach a man to fish, feed him for a lifetime.”.

The agreement was signed by Mr. Mars Shiue, Leader of the Taiwan Technical Mission with Director General of Ministry of Agriculture Development, Dr. Ahmed Ali Mah.