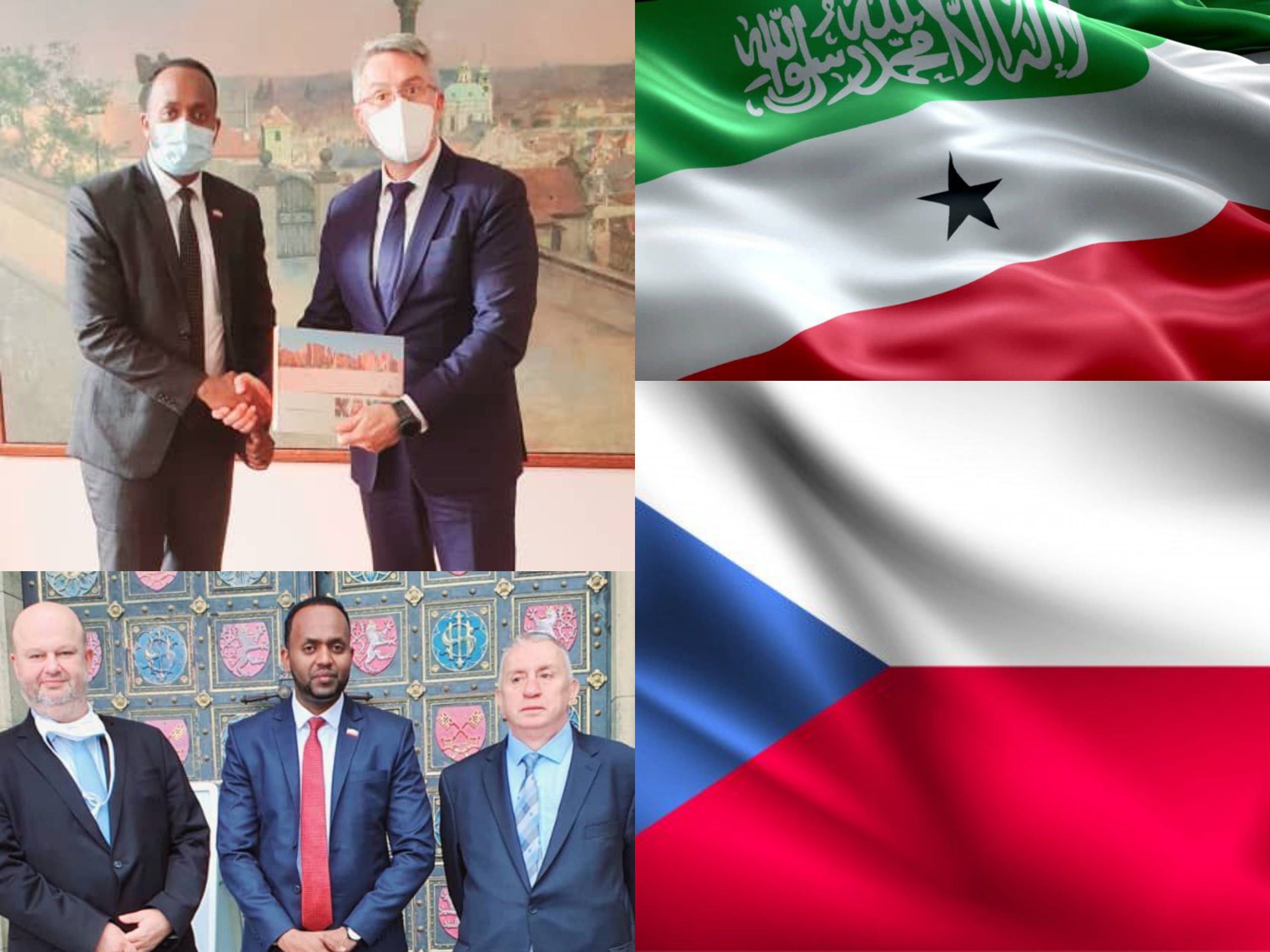 The Deputy Minister of Foreign Affairs and International Cooperation of Somaliland Hon. Liban Yousuf Osman is in Prague, the capital of the Czech Republic, and has held a series of meetings with government officials.

Speaking to the Deputy Minister about the purpose of his trip to Prague, he stated that it is part of Somaliland’s broad efforts to establish diplomatic, economic, and defense ties with other countries.

He added that his delegation is also meeting with several Czech business interests that are looking to invest in Somaliland. Hon. Osman has so far met with officials from the Ministry of Defense, Foreign Affairs, Agriculture, and other leaders of the Czech Republic.

The Czech Republic shares many similarities with Somaliland as it became independent in 1993 after the dissolution of Czechoslovakia, in addition, its a close ally of Taiwan and has earned the ire of The People’s Republic of China when a large delegation led by the Senate Speaker Milos Vystrcil visited Taiwan and addressed the Taiwanese Parliament.

The Chinese Foreign Affairs Minister Mr. Wang Yi characterized the visit of the Czech delegation as “crossed a red line” and threatened with unspecified “heavy price”.

Earlier this year, a delegation from the Somaliland government led by Hon. Osman and included the Ministers of Investments, Trade, Industry, the Chairman of the Chamber of Commerce, visited the Czech Republic.

Czech officials have also paid a number of visits to Somaliland and have met President Muse Bihi Abdi and members of his cabinet including Hon. Saad Ali Shire who at the time was the Minister of Foreign Affairs and International Cooperation.

When asked if the establishment of diplomatic ties between the Republic of Somaliland and the Czech Republic was one of the items discussed with the Czech officials, the Deputy Minister of Foreign Affairs and International Cooperation answered: “Everything is possible.”.