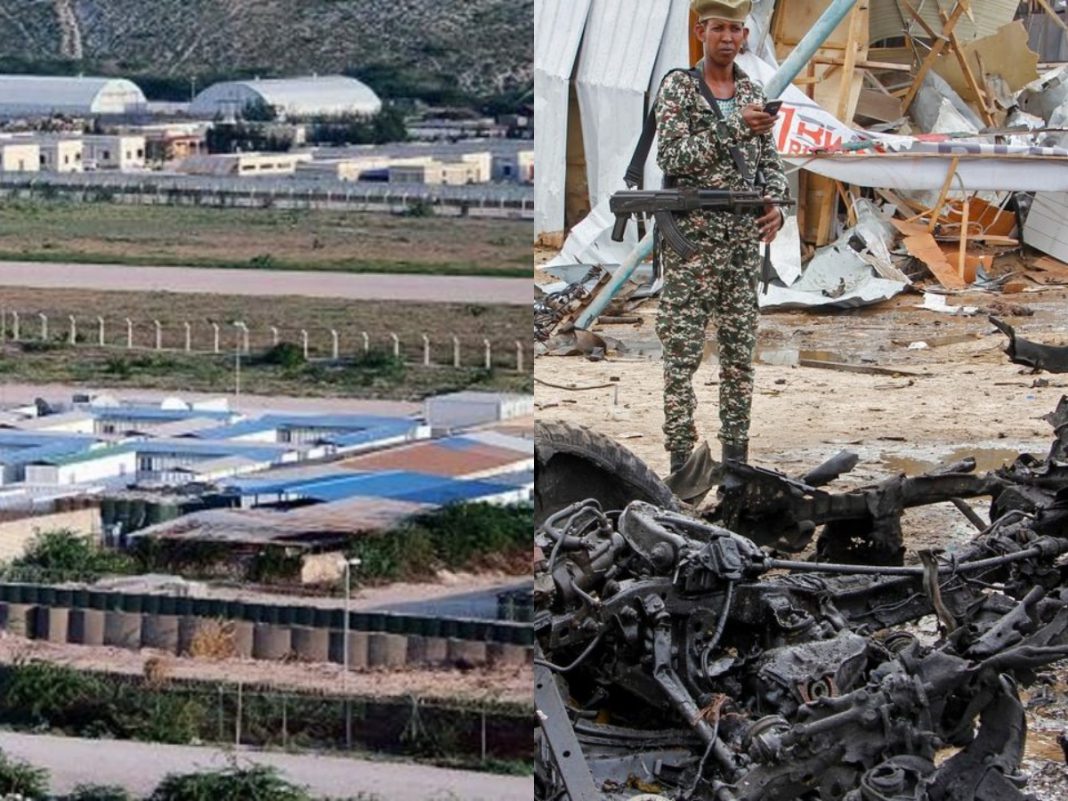 Facing the Indian Ocean, a beautiful beachfront Halane Compound houses foreign dignitaries and their embassy staff members, over 300 NGOs, contractors, and AMISOM mission representatives in Somalia. The fortified Halane Compound tenants and the city of Mogadishu dwellers live in parallel universes. One secure and luxurious with all necessary amenities, including hotels, restaurants, entertainment venues and resorts, and the other of misery and sufferings of massive scale – the capital city, Mogadishu. The mission of these multinational entities overlap and at times they are funded over similar projects from different donors with no accountability.

Mogadishu was under a lockdown order before the Coronavirus outbreak. It is a city under siege. When the Somali Federal government failed to secure the peace and was unable to defeat the Al- Shabab insurgence, they decided to lock down the city and they barricaded themselves inside the Villa Somalia compound. Consequently, due to this, blockage businesses suffered and as a result, some of them were forced to close. The few that survive, struggle to pay customs duties and sales taxes to the government and to the terrorist group.

Somalia is approximately 178,218 square miles of mostly plain and accessible terrain, yet a military force of over twenty-thousand strong from the six African nations plus the Somali national army, fully mechanized with strong support from air and sea, could not defeat a group of approximately 3,000 poorly armed insurgents. One wonders why such a military force with disproportionately superior capability could not defeat and dismantle a weak terrorist militia.

Somalia receives assistance from many African and European countries to train their military and police force. This cross-continental trainings at times cause the breakdown of unit cohesiveness and command difficulties. Hence, the occasional confrontation among Somali military units themselves with major casualties. This behavior makes it very difficult to carry combat missions when there are underlying disciplinary concerns within a platoon.

It has been thirty years since the collapse of the military regime of Siad Barre. Unfortunately, Somalia did not recover from the ruins and destructions of the past thirty years. Although there is a provisional constitution and established regional states under the central government, the current regime of Fermajo undermined the rule of law. He undermined the constitutional rights of the regional states to hold independent local elections by forcing them to elect hand-picked loyal heads of states. He imposed economic sanctions to member regional states and treated them as foreign adversaries by withholding the allotted funds from international donors states and organizations.

Contrary, to the chaos from neighboring Somalia, Somaliland maintained stability and peace within its borders after reclaiming its independence from Somalia after a failed union in 1960. Somaliland held five presidential elections by one-man-one-vote. Recently, Somaliland stepped up its recognition campaign efforts and it has gained momentum as the Somaliland name echoed around the globe including superpower nations of the United States and China when Somaliland established diplomatic relations with Taiwan. The United States hailed the new Somaliland-Taiwan agreement. Several African countries including Gambia, Kenya, Guinea Conakry showed a renewed interest in discussing and promoting Somaliland agenda. Most recently UAE recognized the Somaliland passport. The new aggressive foreign policy is very promising, and in a very short time, it has yielded tangible and concrete results.

Mohamed Adan Samatar is a Former State of Arizona Government Management and holds BSc, MS Agriculture. He can be reached adan.samatar01[@]gmail.com

Turkey’s Ties with Somaliland Must be Reciprocal

Far from a benefactor, the Turkish government is exploiting Somalia’s fragility