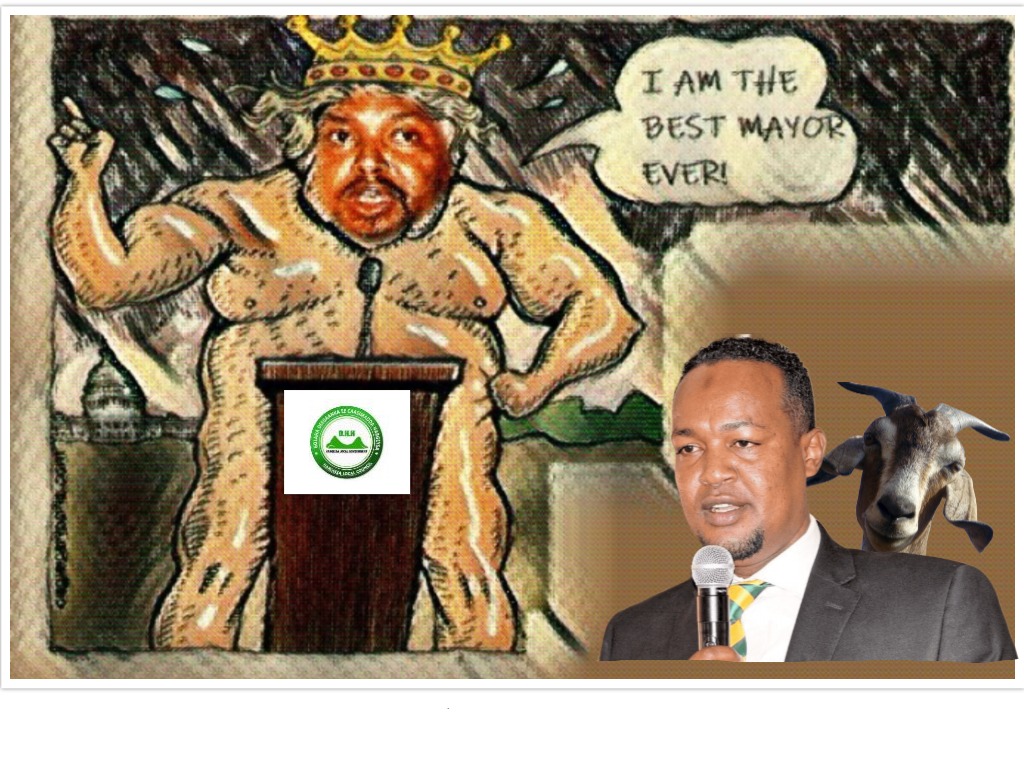 The Mayor of Hargeisa Mr. Abdirahman M. Aideed “Soltelco” has embarked on a media blitz to explain away why Somaliland’s capital city of Hargeisa is a disaster zone and blamed everyone but his utter incompetency.

The Mayor seems to suffer from a delusion that he is convinced he has accomplished more than any other mayor in the history of Somaliland. Perhaps including Eng. Mohamed Hashi Elmi.

In an interview with Horn Cable, the Mayor explained all the ills of Hargeisa are someone else’s fault, mainly the citizens. He thrown in a zinger involving cats and car bombs in Mogadishu.

On social media, many allies and defenders of the Mayor are asking those criticizing him “instead of taking a photo of a pothole why not fix it? It’s your city too”. There is something wrong with this nonsensical defense. It is not the job of an ordinary citizen to stop traffic and get the road construction material and crews and start doing the job of the Mayor and the local government. This is what they have been elected to do and this argument defeats the purpose for their existence.

This is as if the police told the people of Hargeisa they are too busy but to go ahead and solve their law enforcement needs themselves. Makes no sense.

In a different promotional video, the mayor claimed that the Hargeisa Local Government, under his leadership has built 274 kilometers of new roads in Hargeisa. That is roughly the distance between Hargeisa and Burao when traveling through Berbera and Sheikh.

We suspect that the Mayor is lying outright or has lost his tenuous grasp on reality or there is a remote chance the 274 kilometers of road are made of a new invisible material. What is more alarming is his blissful ignorance of how dangerous the road conditions are in Hargeisa. Especially in the current rainy season.

The Mayor has clearly no shame, for if he did, he would have gracefully resigned but that brings another interesting question; how does the President see all of this? Could he be equally clueless? Could it be possible that the Mayor has campaigned for President Bihi’s election and is being rewarded with zero accountability?

We don’t know, but the Mayor reminds us of Hans Christian Andersen’s classic tale of THE EMPEROR’S NEW CLOTHES. No one seems to bother telling him he is criminally incompetent.