The most significant factor that made our revival journey distinct and, by far, sets us apart from our chaotic neighbours was the fact that we were blessed with profoundly gifted, great negotiators. A group of men who have had social knowledge, personal stamina, and a steely determination to help their people put an end to the misery of infighting, fear and destitute.

They worked tirelessly to broker peace through bottom-up peace building meetings, gatherings and national conferences which, ultimately, culminated in the establishment of a fully functioning government, with the blessing and support of all the previously combating factions.

However, nations are like waves, they show periods of crests: strength, prosperity and unity, and times of troughs, where the well being of the country is not how it is supposed to be. Unfortunately, we haven’t reached the crest of our nation yet. In reality, during the last few years, we fast-tracked into a state of perpetual stagnation, regarding both effective state building and prioritising citizens welfare.

It is these particularly challenging times when we are in dire need for someone to formulate the right prescription. Nonetheless, the field is almost devoid of concerned, untainted and impartial statesmen, the likes of those great negotiators; many have left for the eternal life, and the surviving few were deliberately pushed aside.

The countless political and tribal arguments, we are witnessing today are some of the manifestations of that public erosion coupled with a penetrating decay invaded the entire political elite. Although there are persistent attempts to befoul them into the current political climate, it is for the young, educated men and women to take the initiative and plan or the future. The dullards in the so-called three parties put the country in deadlock as can be seen from the recent unwise, ill-conceived alliances and the opposed utter defiance and lack of vision.

About the Author:  Dr. Abdikarim D Hassan MSc Diabetes and Endocrinology at Salfor Univeristy, UK.  Dr Hassan is a freelance writer with special interest in good health care and Education for all citizens. He can be reached on Qurbe206[at]hotmail.com;

Notice: This article by Somaliland Chronicle is licensed under a Creative Commons Attribution-NonCommercial 4.0 International License. 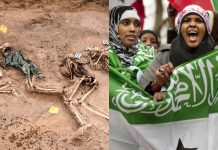 Somaliland: From A Failed Union to A Thriving Democracy 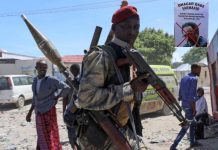 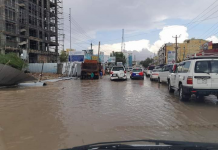