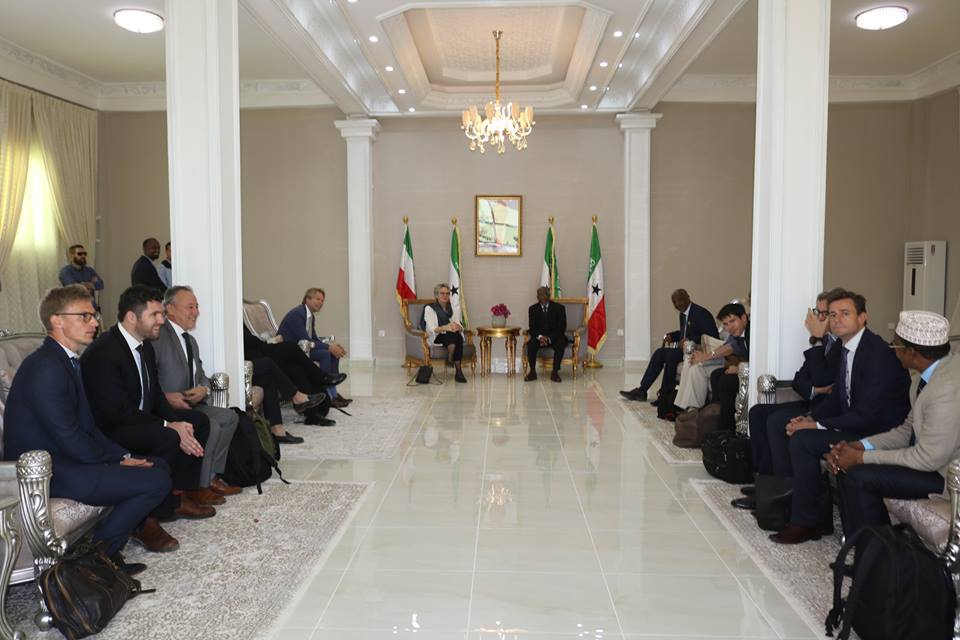 A large delegation of European Union Ambassadors are coming to Somaliland on Tuesday April 2nd 2019 to meet with President Muse Bihi Abdi and members of his administration.

According to sources in Somaliland Presidency, the delegation is comprised of Ambassadors from Switzerland, Sweden, Finland, Denmark, Norway, United Kingdom and EU.

The Ambassador’s are all based in Nairobi and will be in Somaliland for two days and will meet with members of the opposition parties to discuss parliamentary elections.

Sources add that the United States Ambassador Mr. Donald Yamamoto will be visiting Somaliland this week to meet with President Bihi. He has been in Bossaso to meet with the President of Puntland regional administration, Mr. Said Abdullahi Deni.

The international community has been making efforts to establish a better and more direct with Somaliland due to worsening security situation in Somalia.

Story of the EU delegation’s visit to Somaliland was first reported by Mr. Khaalid Foodhaadhi on twitter.

The EU delegation have been welcomed by the Minister of Interior Affairs Mr. Mohamed Kahin Abdi. The delegation members are

The delegation is scheduled to meet with President Muse Bihi.