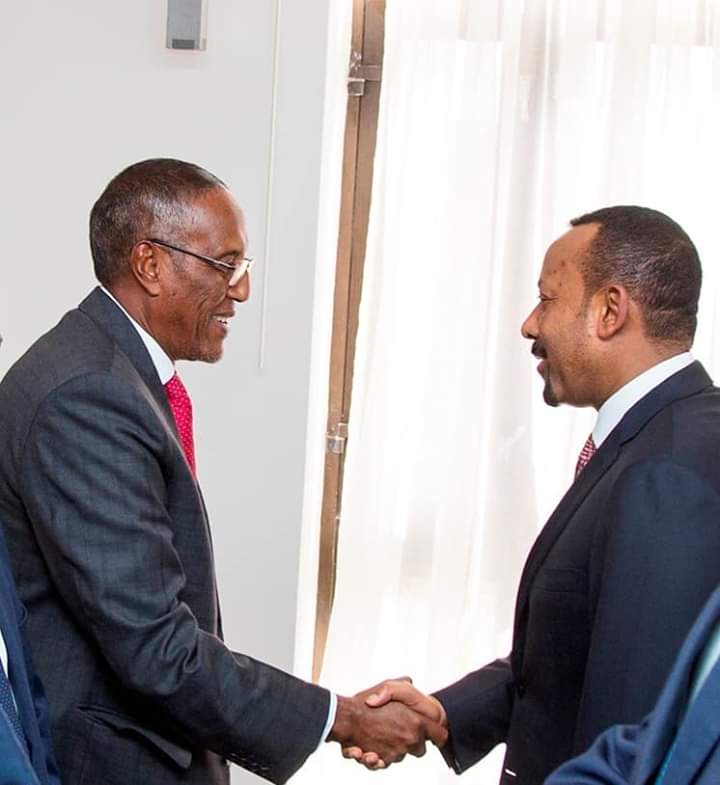 President of Republic of Somaliland His Excellency Muse Bihi Abdi and a high level delegation of ministers including the Chief of Staff of Somaliland’s Armed Forces are scheduled to arrive in Addis Ababa tomorrow February 20th, 2019 on an official state visit to meet with Ethiopian Prime Minister His Excellency Dr. Abiy Ahmed.

Sources close to the Somaliland Presidency, as well as the Ministry of Foreign Affairs, confirm that the delegation is headed to Addis Ababa tomorrow on an official invitation from the Ethiopian Prime Minister’s office.

Though details about the meeting are scarce, according to experts and judging from the composition of the delegation travelling with President Bihi, it is likely that the two sides plan to discuss matters related to cross-border trade and security cooperation between Somaliland and Ethiopia.

Ethiopian Press Agency quoted Somaliland’s Ambassador in Addis Ababa Mr. Ahmed Egal today, as saying “the Berbera Corridor Project would be launched at the end of February”. Ethiopia holds a 19% stake in the Berbera Port and the possibility of discussions revolving around this important project is very likely.

While it’s rumored that there has been a lot of behind-the-scenes diplomacy ongoing between the leaders of the two neighbors since May of 2018, this will be the first in-person meeting between His Excellency Muse Bihi Abdi and the Ethiopian Prime Minister His Excellency Dr. Abiy Ahmed.

While it’s rumored that there has been a lot of behind-the-scenes diplomacy ongoing between the leaders of the two neighbors for a while, this will be the first in-person meeting between His Excellency Muse Bihi Abdi and the Ethiopian Prime Minister His Excellency Dr. Abiy Ahmed since taking office in January last year.

According to a statement from the Ethiopian Prime Minister’s office the two sides discussed ” Prime Minister Abiy Ahmed received at his office today the President of the Somaliland Administration H.E. Muse Bihi Abdi and his delegation. The two parties discussed on a number of key issues of mutual interest. “