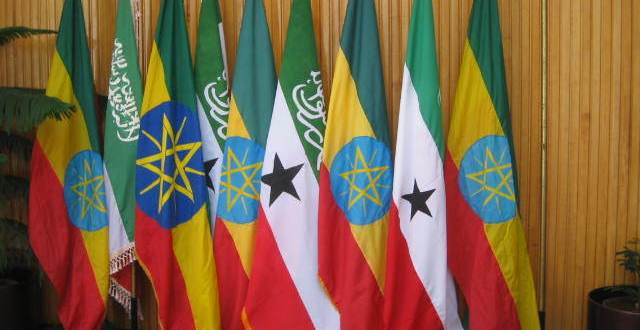 The new Ethiopian Prime Minister, Abiy Ahmed, has been conducting new diplomatic approaches across the Horn of Africa.

Mr. Ahmed’s new administration has decided to offer an olive branch to Eritrea. The relationship between the two nations has been, to put it mildly, quite frosty. Since, technically, both countries have been at war for almost three decades.

Flush from the nascent Ethiopian-Eritrean agreement, Prime Minister Ahmed, has turned his attention into creating a triumvirate block in the Horn of Africa, consisting of, Ethiopia, Eritrea and the federal entity in Mogadishu.

The new diplomatic maneuvers by Prime Minister Abiy Ahmed, would seemingly appear to have consequences for Somaliland.

It has long being the policy of the federal entity in Mogadishu to try isolate Somaliland, diplomatically and politically.

Given the fact that the weak and non-representative federal entity (no direct mandate from the population) has been unable to use force to try and subjugate Somaliland, it has began to, under the leadership of Mr. Farmajo, try and undermine the economic and diplomatic progress of Somaliland.

The federal entity in Mogadishu has failed in its attempt to halt the Dubai World expansion of the Berbera port.

The federal entity in Mogadishu has failed in its attempt to destabilize the eastern fringes of Somaliland by using its proxy region, Puntland.

The federal entity in Mogadishu has failed in its attempt to lift the UN weapons embargo in order to arm the enemies of Somaliland.

The federal entity in Mogadishu will fail in its attempt to drive a wedge between Somaliland and Ethiopia, by using tribal politics in the Somali region of Ethiopia.

The Ethiopian-Somaliland relationship is based on mutual respect and understanding. These historic ties will remain  irrespective of any political or diplomatic moves. Whether the Ethiopian consulate remains open or the Somaliland Liaison office in Addis Ababa is relocated, is neither here nor there. Somaliland and Ethiopia will always work together on the major issues in the region.

Ethiopia is Somaliland’s political and commercial partner. We work together on security issues and democratic progress.  Both countries play host to a large population from each other. From teachers, to doctors, to nurses, to businessmen, to the ordinary barber in Hargeisa.

Somaliland and Ethiopia are partners in the largest commercial endeavors in the region, from the Berbera corridor, to transport, commerce, agriculture, education, finance, fishing, livestock,to hydro-electric power supply. So, it will always be business as usual. Politicians and administrations will come and go, but the commercial, cultural and social ties will continue to flourish.

One last point, a reminder to everyone, Somalilanders are no strangers to adversity and thrive upon it.

About the Author
Ahmed Kheyre is based in London, UK and can be reached @ ruraledcomm@yahoo.co.uk

President Bihi Inaugurates the Opening of the Largest Bridge in Somaliland