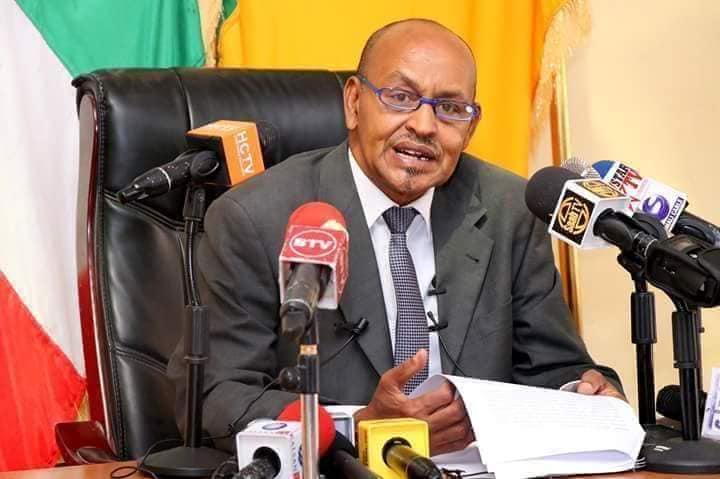 The backlash that followed the President’s signing of the Rape and Sexual Offences Bill into law has claimed its first major political casualty, the Chairman of the Ruling party’s Central Committee Mr Jama Ismail Egeh (Shabeel).

Mr. Shabeel has emerged as one of the most vocal opponents of the Rape and Sexual Offences Bill which he characterized as a foreign concept that did not originate in Somaliland but rather imported from other cultures. He specifically spoke on some wording that he attributed to endorsing homosexuality.

Somaliland Chronicle has not reviewed the Rape and Sexual Offences Bill and is not in a position to substantiate Mr Shabeel’s claims about the Bill.

The opposition to the Rape and Sexual Offences Bill has dominated the news cycle in Somaliland and forced the government of President Muse Bihi Abdi to back peddle promising to give the contents of the legislation a more through review.

Though technically the Rape and Sexual Offences Bill is now is the law of the land, the government acknowledged gaps in how it was developed, corrections and comments from religious scholars and legislators were omitted before it landed on the President’s desk for signature, and promised to review all aspects of it according to the Minister of Endowment and Religious Affairs.

The Ruling Party’s dismissal letter of Mr Shabeel has not directly addressed his opposition of the Rape and Sexual Offences Bill but cited other unspecified instances of being in direct conflict with the party and the government’s policies. Mr Shabeel has been trading verbal jabs with other Kulmiye officials via multiple media appearances.

It is not a secret that Somaliland legislators have not created many bills in recent memory and most legislation that it votes on have been wholly created and drafted by INGO and UN agencies, however, this is the first bill that created a major political headache for the new President.

So far, no government official has been held responsible, including the Ministers of Endowment and Religious Affairs and Constitutional Affairs, the President’s own gatekeepers Mr Mohamed Ali Bile and Mubarak Taani for how this bill ended up on the President’s desk and got signed into law without proper vetting and ensuring all amendments, comments and corrections are incorporated.

High ranking members in Kulmiye who spoke on condition of anonymity stated that the Party’s Chairman is still the President of Somaliland and without his approval Mr Shabeel wouldn’t have been dismissed. We are unable to confirm if the President is still involved in the party’s day to day activities or if he was made aware of the Party cutting ties with Mr Shabeel.

Mr Shabeel disputes the manner of his dismissal and has threatened legal and other unspecified actions.