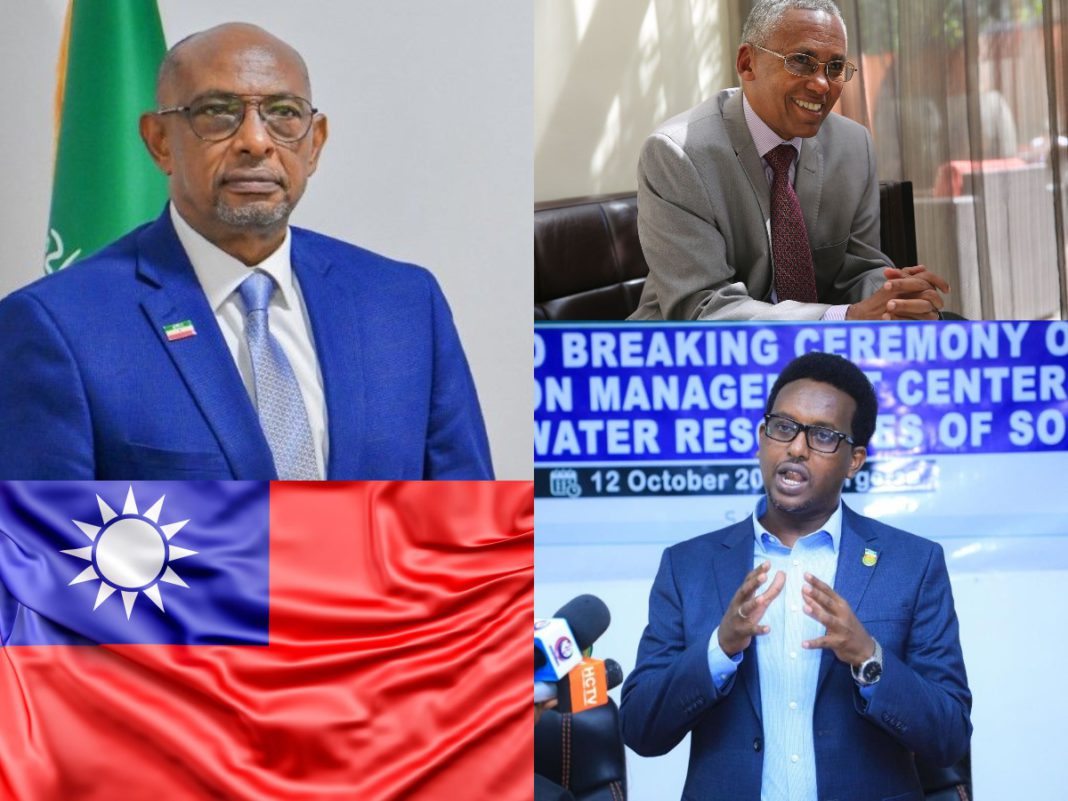 According to diplomatic sources, a delegation led by the Minister of Foreign Affairs and International Cooperation Dr. Issa Kayd will be visiting Taiwan in the coming days on an invitation from the President of Taiwan Tsai Ing-wen.

This is the first time a high-level delegation of ministers is visiting Taiwan since Somaliland and Taiwan have established bilateral ties in June 2020. So far, the two countries have cooperated in the areas of agriculture, information technology, health, and fisheries.

Sources add that the Somaliland delegation to Taipei will include the Minister of Finance Development, Dr. Saad Ali Shire who has previously held the portfolio of Foreign Affairs under former President Ahmed Mohamoud Siilanyo, and the Minister of Planning and National Development Hon. Omar Ali Abdilahi.

Recently, the former Chairman of Waddani Party and Presidential candidate Mr. Abdirahman Mohamed Abdillahi “Cirro” in a speech to the party’s 2nd General Assembly questioned the value of Somaliland’s bilateral ties with Taiwan to the quest for international recognition and called for improved ties with the People’s Republic of China instead.

Somaliland’s international stature has been steadily on the rise as more countries particularly have shown interest in direct engagement with Somaliland. The United States is has been reported to be in talks with the Somaliland government for strategic and security cooperation is the United States.