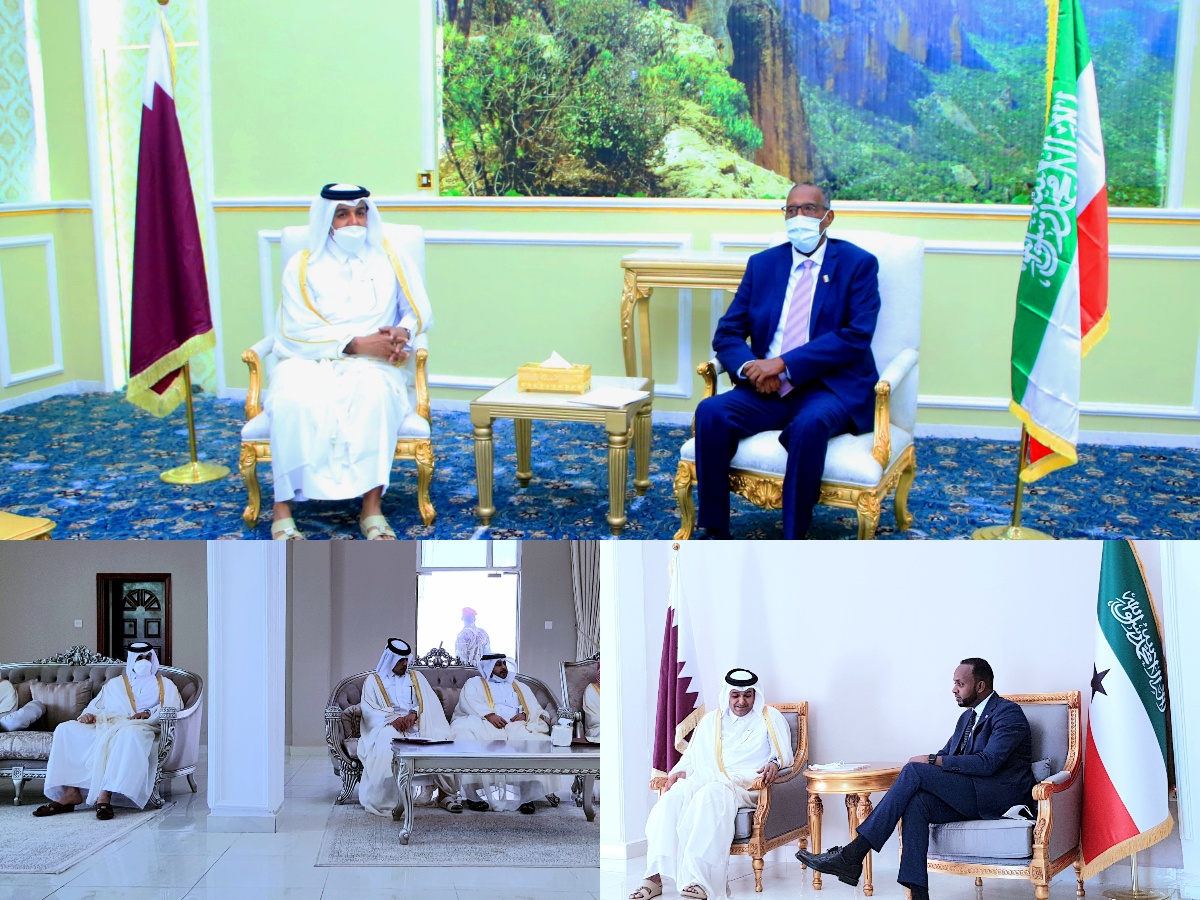 According to sources privy to discussions between the President of the Republic of Somaliland HE Muse Bihi Abdi, and the Qatari delegation headed by the Special Envoy of the Minister of Foreign Affairs for Counterterrorism and Mediation in Conflict Resolution Dr. Mutlaq bin Majed Al-Qahtani, in addition to the establishment of bilateral ties between Qatar and Somaliland and opening Qatar Charity office in Somaliland the delegation spoke to the President about Qatar’s desire to be part of the international efforts to mediate Somaliland and Somalia talks.

Sources add that President Bihi shared with the delegation Somaliland’s position on the talks, and because of Somaliland’s confidence in its case for independence, it will take part in talks with Somalia in any neutral setting but that reciprocity on the side of Mogadishu has been a major obstacle, he also informed that Somaliland will need to wait for current political instability in Somalia to subside. The last round of talks between Somaliland and Somali were held in Djibouti on June 14th, 2020 and subsequent technical committee meetings did not take place.

According to sources, Mr. Qahtani was impressed with Somaliland’s political stability and receptiveness to engage with Qatar despite its bilateral ties with the United Arab Emirates. Sources add that the Somaliland government has given a heads up to the Emirati Trade Representative recently appointed to Somaliland on the Qatari delegation arrival. Although the Gulf crisis has subsided, Somaliland has sided with the United Arab Emirates and Saudi Arabia against Qatar.

The Qatari delegation has been on a whirlwind tour in East Africa and has met members of President Farmajo’s government as well as opposition figures and presidential candidates. Qatar has been a staunch supporter of Somalia and supplied its armed forces with military equipment.

The Qatari delegation led by Dr. Al-Qahtani is credited with brokering the re-normalization of ties between Kenya and Somalia. Somalia has severed diplomatic ties with Kenya six months ago for what it called interference in its internal affairs.

“We believe that normalizing the relationship between the two neighbors is very important for political stability, especially in Somalia which is currently going through political turmoil … and we look forward to the elections there,” Qatari Foreign Minister Sheikh Mohammed bin Abdulrahman Al-Thani told Reuters.

It is unclear how the rapprochement with Qatar will affect Somaliland’s bilateral ties with the United Arab Emirates and if there are follow-up technical discussions on the logistics of the bilateral ties between Qatar and Somaliland, Qatar Charity, and Qatar Airways flights to Somaliland. Somaliland Ministry of Foreign Affairs and Presidency did not respond to questions for this report.