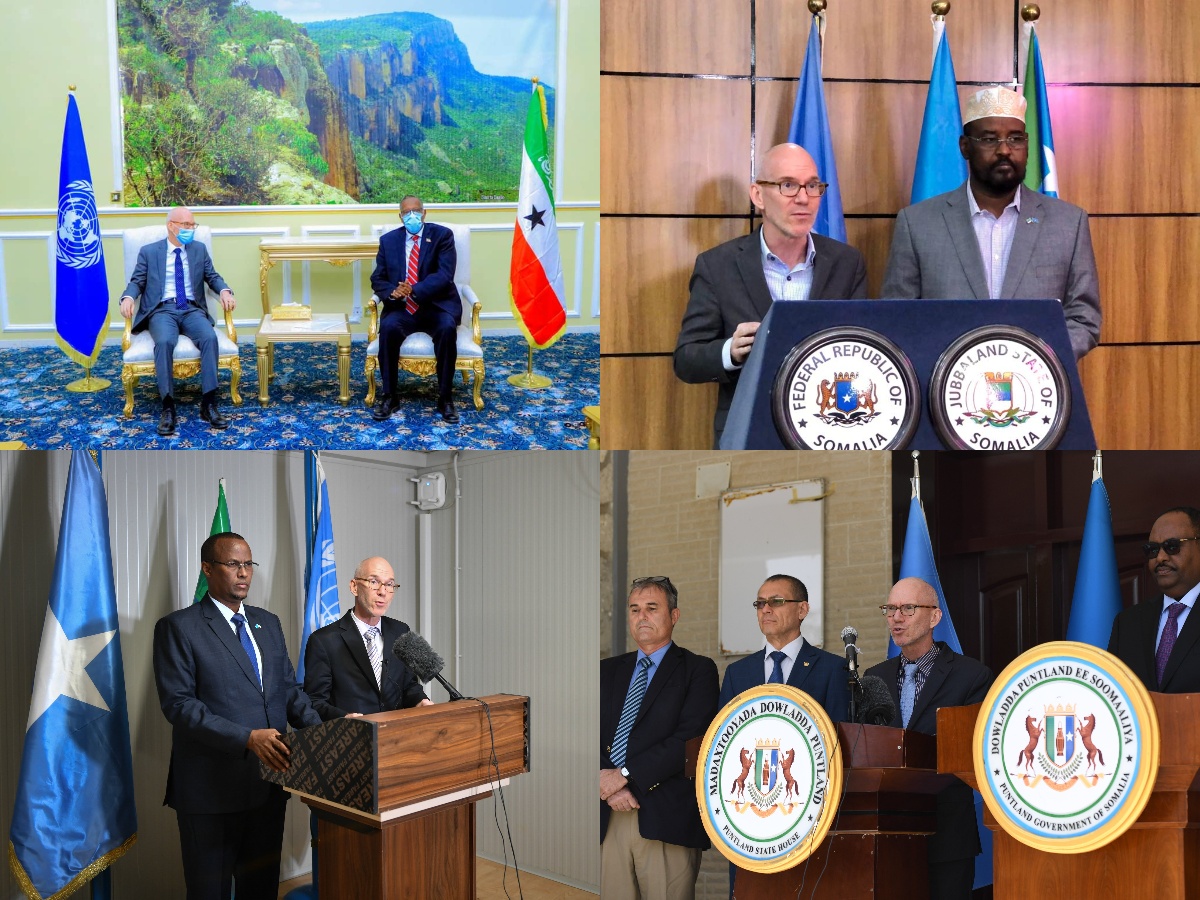 This is according to a brief statement released by the Somaliland Presidency following a meeting between the President of the Republic of Somaliland H.E. Muse Bihi Abdi and the delegation led by Mr. James Swan, the two sides have agreed to continue the discussions on Somaliland and the UN cooperation framework.

Somaliland government have set forth stringent conditions on cooperation between the United Nations and international organizations that essentially demanded that Somaliland be treated as a separate entity from Somalia and as a result has halted all preparatory work related to the UN Sustainable Development Cooperation Framework (UNCF) agreement signed by the United Nations and the Federal Government of Somalia.

“The Republic of Somaliland has never been part of the federal system and has not had formal communications for three decades with Somalia. The UN is expected to engage with the Government of Somaliland as a separate entity while respecting its territorial integrity and right for self-determination.” said the 7-page document sent to the United Nations.

Prior to his visit to Somaliland, Mr. Swan has been to Somalia’s regional capitals of Kismayo, Jawhar, and Garowe where he met Somali Federal Member State presidents regarding the disputed elections in Somalia.

SRSG Swan’s glowing commendation of Somaliland’s election effort is a rigid dichotomy to his support of Villa Somalia and few Somaliland natives to hold a selection in Mogadishu and claim to represent the entire population of Somaliland. It is unclear if any of these points were raised with Mr. Swan by President Bihi during their meeting.