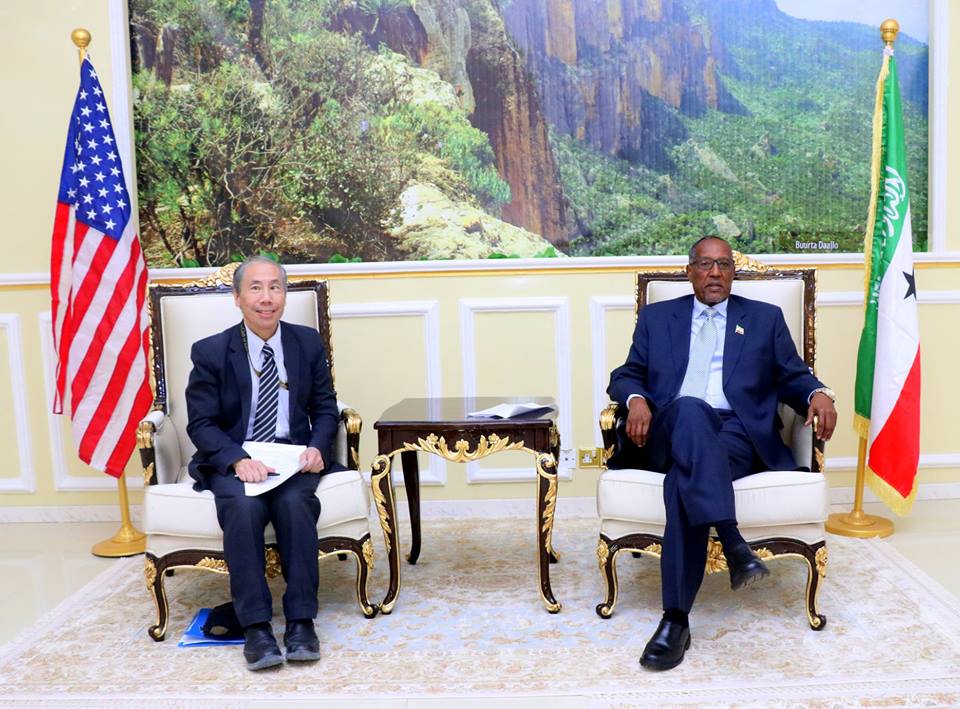 According to sources in Ministry of Foreign Affairs and International Cooperation and other diplomatic sources in Nairobi, the United States Ambassador to Somalia, Donald Yamamoto is expected to visit Somaliland.

This the first time Mr. Yamamoto is visiting Somaliland since appointed to head the United States Mission to Somalia on October 19, 2018

Details of Mr. Yamamoto’s delegation and itinerary were not clear, but sources in Somaliland government state that the United States is looking to assist Somaliland in the security sector, it is unclear if Mr. Yamamoto’s visit is related.

President Bihi met with Mr. Yamamoto and his delegation in the Presidency where they discussed investment opportunities for US companies, democracy and Somaliland’s upcoming elections.