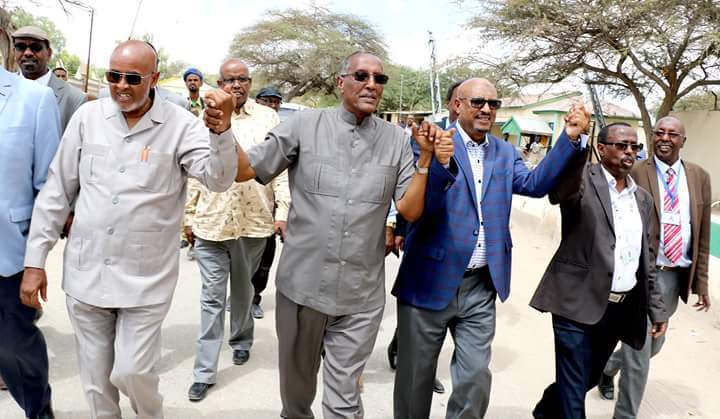 It is imperative that Somaliland parliamentary elections must be held this year. There is no excuse for delaying or continuously increasing the mandate of the current moribund parliament which has been sitting for almost two decades. It is inexcusable and it is embarrassing to both the nation and it’s people.

The main issues concerning the current impasse are,

Somaliland has a constitution which address both issues. If we are serious about our democratic credentials, then we should pay head to the constitution.

With regard to the National Elections Commission, (NEC), the current commission whose mandate expires prior to the scheduled parliamentary elections in 2019, has failed in its duties. That much is clear. It has failed to prepare and maintain the support of the Somaliland political parties. The current commission has also failed to do the honorable thing and resign, both for their own self-respect and for the sake of the nation.

Neither the President of Somaliland, Muse Bihi Abdi nor the legislative bodies of the republic have taken control of the issue. It is time to point something out to the President. Sir, you have won the election, you don’t owe anything to the current Elections Commission, accept their resignation or fire them.

In terms of the House of Elders, which has also been sitting for three decades, and itself in need of serious reform, and has become a hereditary place, it is quite clear that they have no intention of taking charge of the matter by either constituting a new commission or addressing the reasonable demands being made by the opposition parties, Waddani and UCID.

The current moribund House of Representatives, which has been sitting for more than 14 years, and has had more extensions than humanly possible, is incapable of drafting a new elections bill which takes into consideration the growth of the population and need to allocate proper representation.

As the President recently stated in a speech at the launch of the National Service program, Somaliland has not been able to conduct a proper census, nor have some of the more rural districts of the country accessed by the political dispensation. Both are valid points, but at the time of deadlock and crisis, Somaliland needs leadership.

If we are unable to conduct a census and the constitution states that the House of Representative shall consist of 82 members, then we must look into adding an amendment to the constitution to address the matter.

Somaliland has moved on from a political discourse based on communities and districts, it has a written constitution which can be amended and enhanced. But, for this to happen, the nation needs leadership.

The international community is ready to offer logistical, moral and financial support, as evidence by the recent visit from the European Union, but first, we must get our own house in order.

So, here in my humble opinion are several suggestions:

Firstly, since the current members of the Somaliland Elections Commission (NEC) seemed glued to their desks, increase their number by adding an additional two members from each party. These new members will be the presumptive future commission after the mandate for the current one expires. The new enlarged commission will work together to hold the elections in December 2019.

Secondly, file a motion with the Somaliland Constitutional Court to add an amendment to the constitution to increase to the number of parliamentary seats by 20 to 102.

Thirdly, inaugurate an interim parliament with 102 seats. The 20 new members will be selected from the Somaliland non-governmental bodies such as community activist, intellectuals, judiciary and other professionals. They will be free from party affiliation and sit until the elections are held in December, 2019. The interim parliament will be given the task of creating a new bills to make the necessary amendments to the constitution.

And lastly, completely reform the House of Elders. Follow the constitution which allows for neither hereditary or under-age members. It is scandalous that the House of Elders, the final arbiter and peacemaker of the nation be filled with cronies and ineffective members.

Somaliland has the support of its people, it also has many talented and loyal citizens, it cannot be held hostage to discredited and redundant politicians.