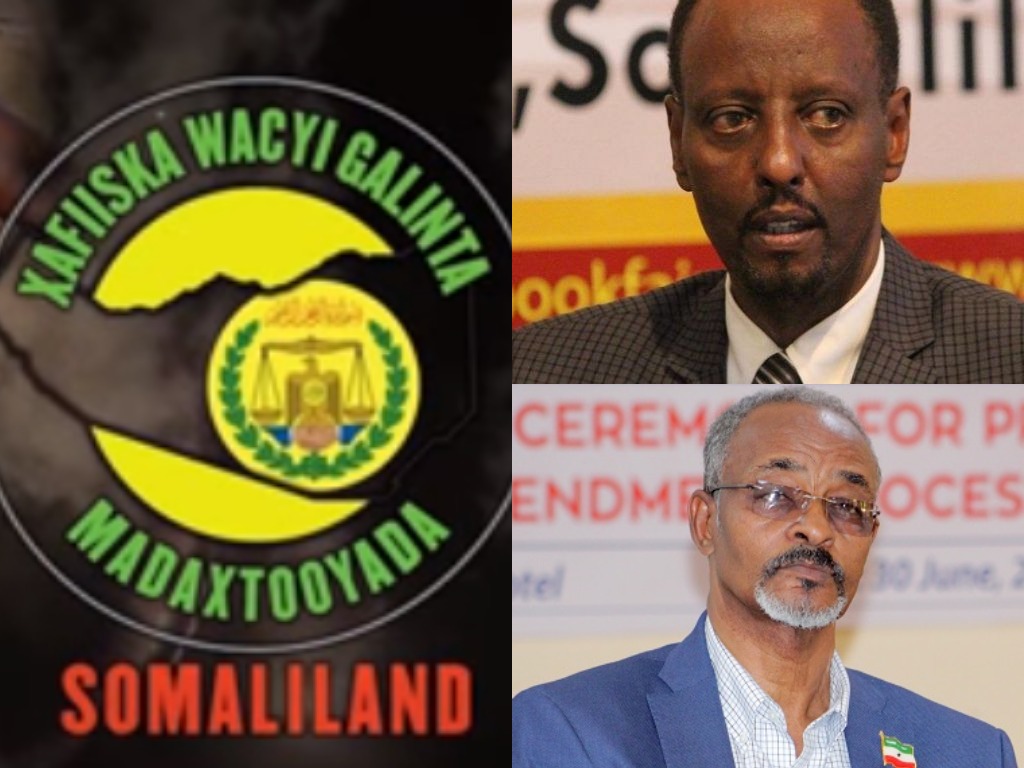 In this series, we will examine inefficiencies and duplication of efforts in our government, where multiple agencies perform similar and sometimes exact functions and often compete for resource.

We will be looking at this long standing tradition in Somaliland where critical functions that should be part of a unified system are sliced off as a separate and independent agencies that affect service delivery and create a bureaucratic maze for citizens.

In Somaliland, instead of sacking an under performing official or bringing institutional change to a ministry, the solution is often to create an independent government institution that performs the exact same function.

We will start our series with two competing entities where one exists in the President’s office.

The Ministry of Information and National Guidance is one of the most expensive operations in Somaliland government and the least effective. So ineffective, that even the government itself does not use it to reach broad audience, they prefer private televisions and other news outlets.

Recently, the President’s Office has established it own media department. A department that seems to be in direct competition with the Ministry of Information and National Guidance. It is unclear what the purpose of this office and why the President would sidestep the Ministry but what is clear is how active it is on social media often defending government positions.

It is unclear if the purpose of the Information Office of the Presidency has been established to a fill a specific need or to overcome other difficulties but what is known is that every footage of the President is shot by personnel from this office and is redistributed to other media outlets.

Here is one of the videos produced by the Presidency to highlight President Bihi’s 120th day in office and what his administration has accomplished.

The quality of the programming coming out of Hargeisa Radio, Somaliland National Television and Dawan news are nothing more than government announcements and a recap of the President’s day and activities by various ministries. Most often, information that has been in the public domain for hours.

One may argue there are many older Somalilanders who get their daily dose of news from Radio Hargeisa and Somaliland National Television but this alone cannot justify the millions of dollars to inform few people of the President’s activities.

The beating heart of the information age is the internet and there is no particular place one can find Somaliland National TV programs except for a Youtube channel that does not seem to be updated often and there is a level of neglect that one can immediately sense from the quality of the programming, despite the best effort of the professionals that work on these programs.

Though the Ministry of Information’s media departments are taxpayer funded, they are not open to the opposition and only carry positive news. This could be a contributing factor to their limited reach to wider audience.

It is unclear if the Ministry of Information would be better if the technical talent at the Information Office of the Presidency were to augment their existing staff or if any kind of discussion took place to bridge the knowledge gap before a decision was made to create an entire department in the Presidency that has both cost and creates another layer of bureaucracy into an already complex system of governance.

If bringing Somaliland’s case for recognition to the world or what it has achieved is one of the objectives of these two competing entities, both are sadly falling short of this goal.