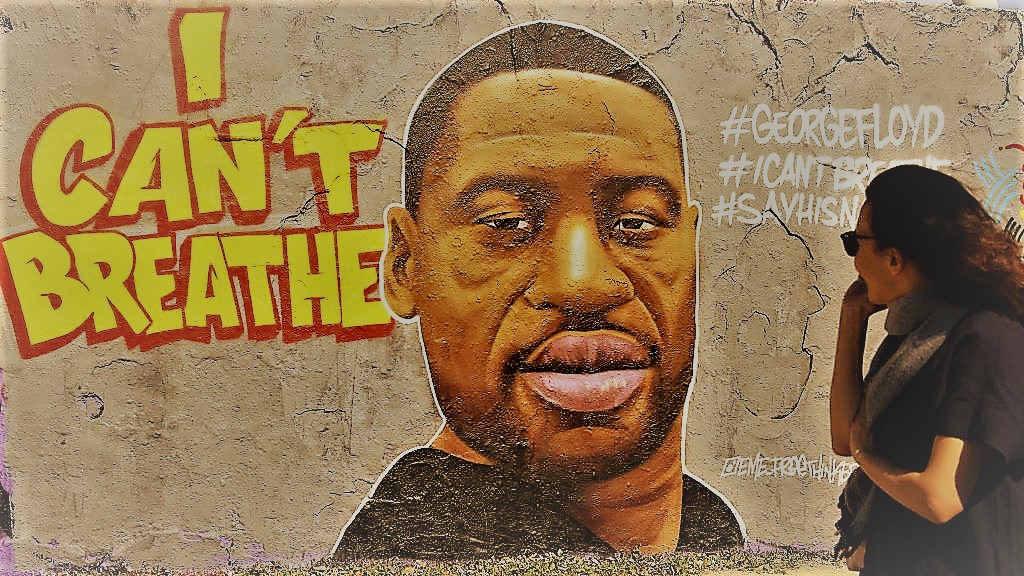 The incident involving George Floyd was a heinous crime witnessed in real time in the age of social media, a horror of a show in itself – not many see acts of murders as they unfold.

The police officer that committed the crime knew what he was doing – because he got away with so much (16 incidents) police brutality in the past, he was emboldened to assume this was another day in the office. The good people of the United States and the world over are rightly outraged and that gives me hope as we all call for justice, human decency and dignity for all.

The fact that the police officer won his appeal process every time exposes far deeper issues within police departments and disciplinary processes – which is often employee led rather than victims due to the unionised nature of the complaint processes. Racial disparities in the US is deep seated and historical in nature – because black people were not part of the original national narrative .In fact some of the US’s founding fathers were slave owners at the time they wrote the US constitution and this contradictory commitment of values and actions is still present in the US, hence why white US citizens are not referred to European citizens while  black citizens are referred to African Americans (outsiders).This racial indifference further plays out in the sphere of employment, justice system, health and power politics.

In its current juncture, the US is best advised to formulate a new chapter of co-existence, check and balances that promotes deeper ties and racial balance in all aspect of society. Failure to deal with this issue ahead – on would be mean the politics of denials and tick-boxing will eventually collide with reality and we are witnessing this across the US today. Whether there is a Republican or Democrat in Office, the issues are systematic, societal and structural – beyond the term of one party presidency or personality. It requires a root and branch change beyond words or piecemeal policy initiatives, often driven by the emotions of the day – it’s about new settlement of co-existence beyond tolerating each other, a call for new national narrative beyond soothing words and slogans. It must deliver for all equally and locally.

It is also fair to say that black people and minorities at large are also part of the problem. I have met many who see power/politics as white person’s exercise. Unfortunately, this is a costly judgement and is proving so at grassroots level.

What gave those police officers the confidence and impunity to publicly kill another black man has direct link with our lack of engagement and apathy. Black people must turn a new chapter and engage in local decision making at District Prosecutor’s offices, Parole and School Boards, Unions, Courts and Jury services. Our attitude of apathy to towards power politics is costing our lives and opportunities. When we are on the table, you can deter problems, influence direction of travel and have an impact on quality of outcomes of decisions that affect our daily lives, families and community – the baseline for consolidating power through our common interest.

Demonstrations and riots are only half the story. Once the dust settles we will still have to live with the systematic structures that reinforced injustice and brutality. To truly have maximum impact we must embrace new chapter of collective organising towards power from bottom up. To take a leaf out of the Jewish community, to their credit, they are on (almost) every table of decision making – not because they are more special but they know the cost of non-involvement. In a space of 60 years, they rose from the ashes/horror of the Holocaust. They have organised, spread their wings everywhere in politics, economics, science and academia to make sure such atrocities never return – and if they do, is on their terms. This is about fluidity of influence and power, which has taken aspiring individuals and groups’ decades to build to help change society for better. It is a great human story and we must all embrace this form of revival in our own ways peacefully.

The great Martin Luther King was eloquently right to say “the arch of the moral universe is long, but it bends towards justice” – I would add, only if we seize it politically by building a collective narrative behind it.

The world is awash with great black, white and brown people who hear the message of justice and equality – it beats in everyone’s hearts that is free of dogma and hate – Lets embrace change within and beyond. It starts with being at the table –the side-lines are all too costly personally and structurally.

About the Author
Mohamed Ibrahim BA/MSc, LSE, UK based, Social Activist – He can be reached via mohamedlsyf[@]gmail.com