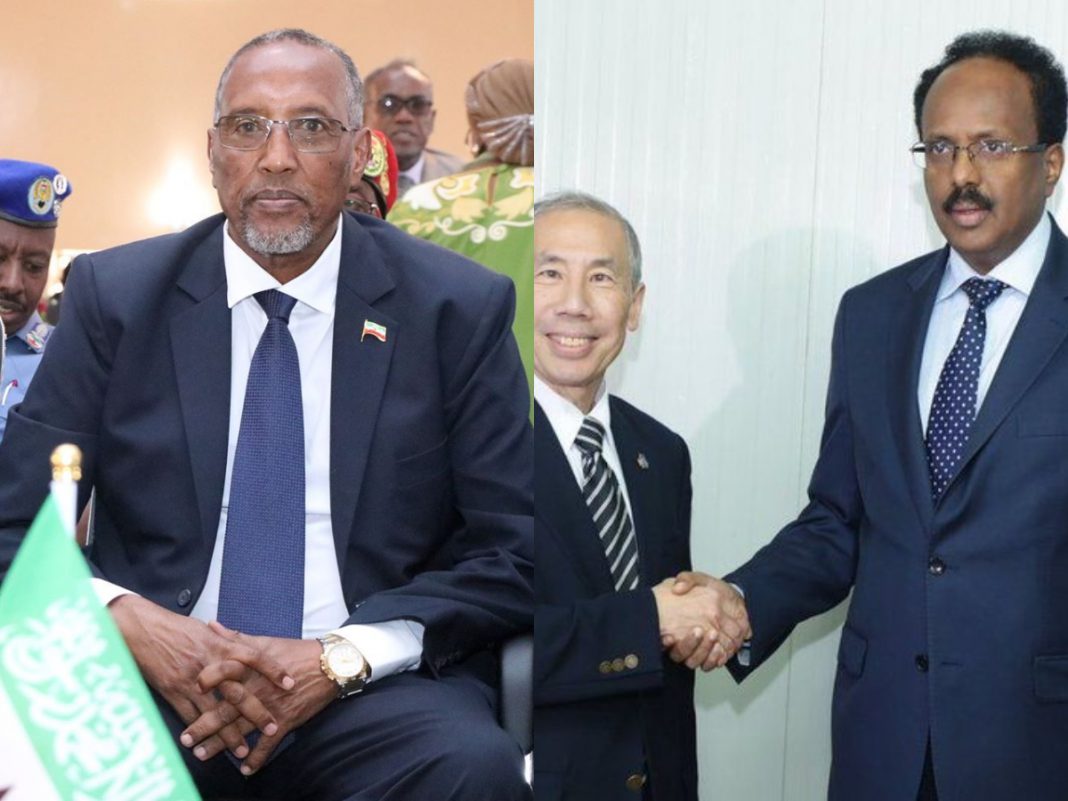 According to sources, a meeting between the President of Somaliland HE Muse Bihi Abdi and the Somali President Mr. Mohamed Abdillahi Farmajo is set to take place in Djibouti next week. The meeting between the two Presidents is brokered by the United States Ambassador to Somalia Mr. Donald Yamamoto.

Although President Bihi rebuffed efforts by the Ethiopian Prime Minister Mr. Abiy Ahmed to bring the Somali President Mohamed Abdillahi Farmajo to Hargeisa, the two have met in Addis Ababa at the sidelines of the African Union in February this year.

Reliable sources confirm that President Bihi will be accompanied by the Minister of Foreign Affairs and International Cooperation Hon. Yasin Hagi Mohamoud Hiir (Faratoon) and the Chairman of Somaliland House of Elders Chairman Hon. Saleban Mohamud Adan. The delegation of the Federal Government of Somalia will include the Prime Minister Mr. Hassan Khaire.

President Bihi has publicly conditioned the Somaliland and Somalia talks on Somalia’s recognition of Somaliland and has insisted on the addition of neutral international partners to the process, it is unclear what changed President Bihi’s mind to accept a meeting with the President of Somalia Mr. Mohamed Abdillahi Farmajo whose term is coming to an end next year.

President of Somalia is at the lowest point of his presidency and has been facing a unified apposition from former Presidents Hassan Sheikh Mohamud and Sharif Sheikh Ahmed.

President Farmajo’s government has been openly hostile to Somaliland and has taken steps to isolate it and oppose development projects including DP World’s investment in Berbera port.

It is unclear if Somalia’s Federal Government has made any concessions to President Bihi to change his position and accept the meeting brokered by Ambassador Yamamoto to be held in Djibouti.

Since the appointment of Ambassador Donald Yamamoto, the United States Embassy in Somalia has adopted a one Somalia policy and has had little contact with the government of Somaliland.